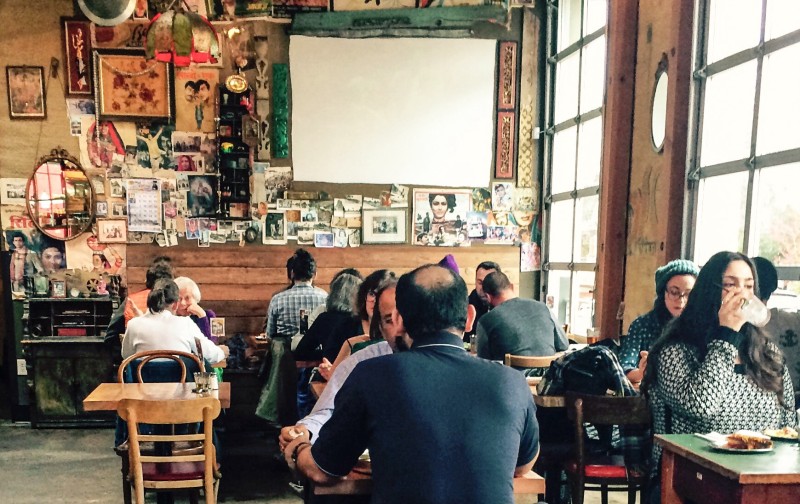 This place opened up about three years ago, and I think it has been busy since day one. Who could be surprised? Alberta Street suddenly popped with surprises. Beets roasted with coconut milk and curry leaves.  Aloo Tiki – pan-fried potato patties served with green chutney. Pork vindaloo: meat braised until fork-tender with red chilies, garlic and vinegar and served with buttered rolls (fond remembrances=keyboard drools).

The addition of a second restaurant on Division St. last year has not dampened the enthusiasm for the original (although it does mean the crazy long lines of yesteryear have diminished greatly).

Troy MacLarty is the owner and creator of Bollywood Theater, and while he never cooked in an Indian restaurant before, he knows what he is doing. No wonder – the guy earned his chops at Chez Panisse, dined obsessively at Vik’s Chaat Corner (a legendary Berkeley restaurant specializing in Indian street snacks) and apparently went on an extensive trip throughout India to further his hone his vision – and his dishes.

This is how it works at BT—gather as many friends as you can to join you as you’re going to want to try the whole menu (and try to go either on the early or late side as lines can be dramatic at peak times). Order and pay at the counter, take your number, and look for any available table. The hard part will be to  wait for your food to be delivered to you, piping hot, but worry not as delivery times are blissfully short.

First time I went there I was gently scolded for grabbing a table first, and I found it a bit off-putting that I couldn’t first secure seating, but interestingly enough this system works – no table is being held for just one more person to arrive or an order to be given and I have always found a table when I needed to. 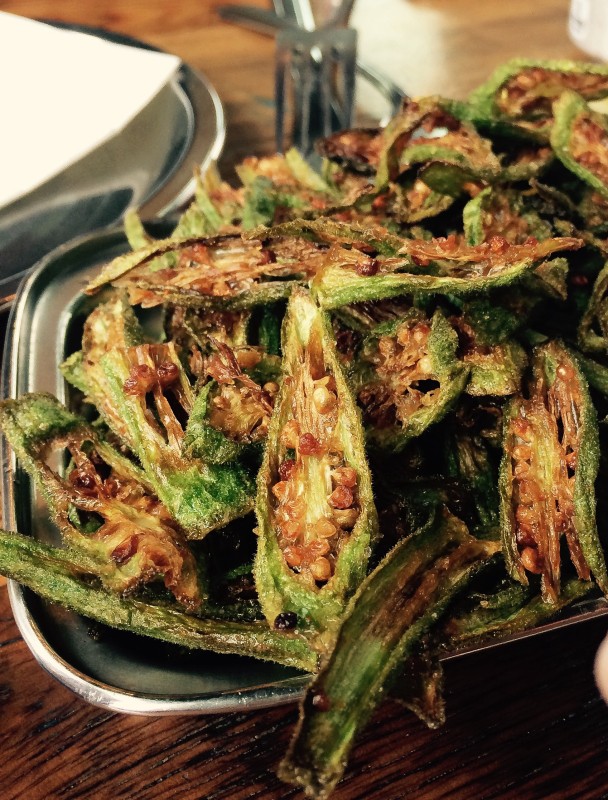 Okay, food. I have been here maybe seven or eight times, and the menu changes slightly with the seasons but there are certain must-do’s amongst the constants, starting with the fried okra. First time a friend ordered it I was skeptical because okra and I have a hate-hate relationship but this version was a revelation. Here the thinnest wisps of julienned vegetable are deep fried quickly and arrive still hot with a salty, limey, spicy finish, and the raita alongside is offered as a cooling respite. Trust me, you’ll want this dish, and you’ll just have to hope that your tablemates have a good story to tell because you won’t want them focusing on this – you will want it all. 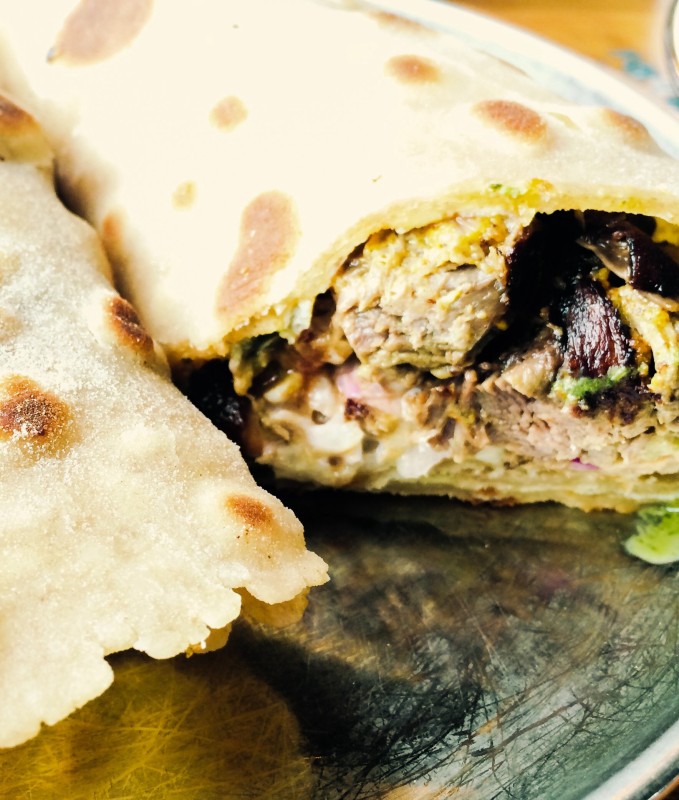 So many other good things to be found here. Try at least one of the Kati rolls (I prefer the beef as seen above, but one pal swears by the paneer cheese version) as they never fail to delight: paratha (Indian flatbread) filled with green chutney, pickled onions and the protein of your choice. At $9, they are huge and are great for sharing – that is if you can stand watching this much deliciousness going into someone else’s craw.

Chicken Curry, Vada Pav , Goan-style Shrimp and so many wonderful veggie side dishes! The grilled corn (when it’s in season) is frighteningly good  and the winter squash, roasted with aromatics and served alongside yogurt and pomegranate is also a personal favorite. Or was the fried cauliflower with lemon and curry leaves my newest obsession?  I can’t choose, but I also can’t wait to delve into some of the other offerings on next visits. Pakoras, I am coming for you. 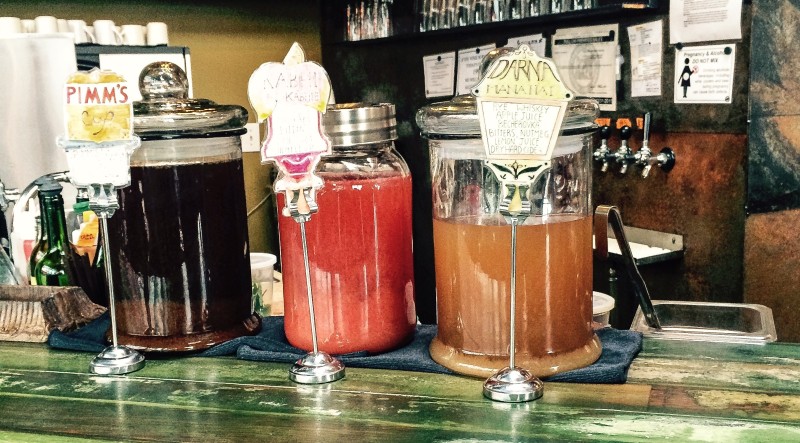 To keep the line moving, BT have a number of interesting cocktails made up for fast service and beer and wine are available as well. Next time I don’t care what time it is – I am ordering one of those Pimm’s Cup cocktails. Doesn’t it look intriguing?

A tip: I have discovered many hidden gems on the menu when I have put my ordering in the hands of the woman of the counter. Simply tell her how many in your party and she will help you order accordingly with a sufficient variety, making sure you don’t over- or under-order.

(Having tasted their food, however, I don’t know if the former is possible).