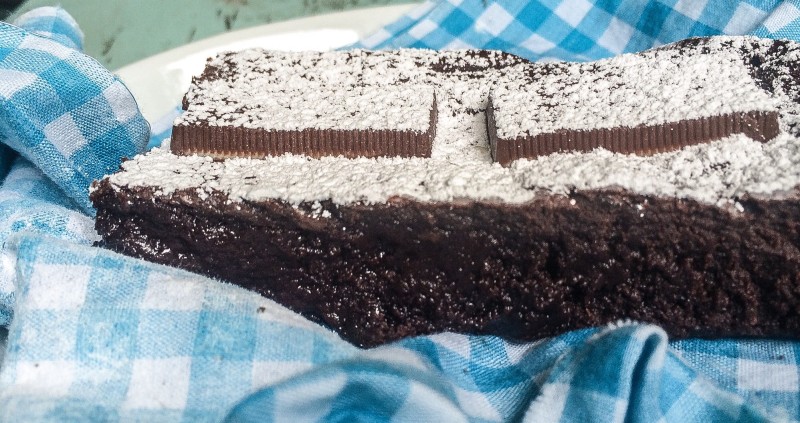 Most  baking seems to spring from one of three motivators: a desire to show gratitude, an expression of affection, or a reaction to surplus.

And sometimes it stems from a combination of all three.

Oliver has been gone for the past week at Camp Kiwanilong with all his buddies and returned today. Not only did I want to thank the lovely family driving him home, I also wanted to surprise Oliver with one of his favorite treats upon his return.

So there’s that — plus I somehow ended up with a whole box of Andes Mints, and instead of eating them one (or ten) at a time, I thought I would spread the chocolate mint wealth.

Like so many people, I’m not adverse to using a great box brownie mix; there are some good ones out there and they really hit the spot when you need that quick, gooey, chocolatey goodness in a hurry.

But as good as they are, I can spot the end results a million miles away — they have that same glossy interior, crispy top and moistness that comes not from butter but from a neutral oil. It’s trademark box brownie and most of the times, it’s all anyone needs.

There are other special times, though, that I want to make an honest-to-Pete scratch brownie, and I will spare no expense or step to get that dense, darkness with buttery, fudgy undertones.

Today was that day. 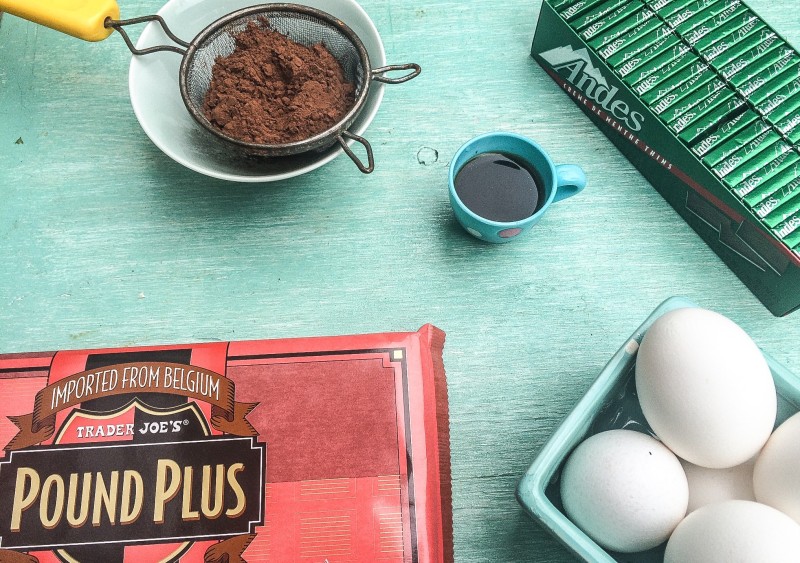 I started with a recipe I’d used only once previously. It’s a photocopy someone gave me and there is no book or website reference; it’s simply called The Baked Brownie. The forward to the recipe says that it was awarded best brownie by both America’s Test Kitchen and the Today Show.

Okay, I thought. I needed reminding if that was true.

I started with the pound plus bar from Trader Joe’s with a 72% cocoa content, and it’s a bargain at $4.99 — a Belgian bar that’s just so delicious. I chop it up finely for desserts that require a special quality chocolate and the chocolate I didn’t use today for the brownies (recipe calls for 11 ounces) I’m reserving for the the next time I make my Best Ever Chocolate Chip Cookies. Haven’t seen that post yet? Seriously, there is no better recipe for chocolate chip cookies and you can read all about it here. 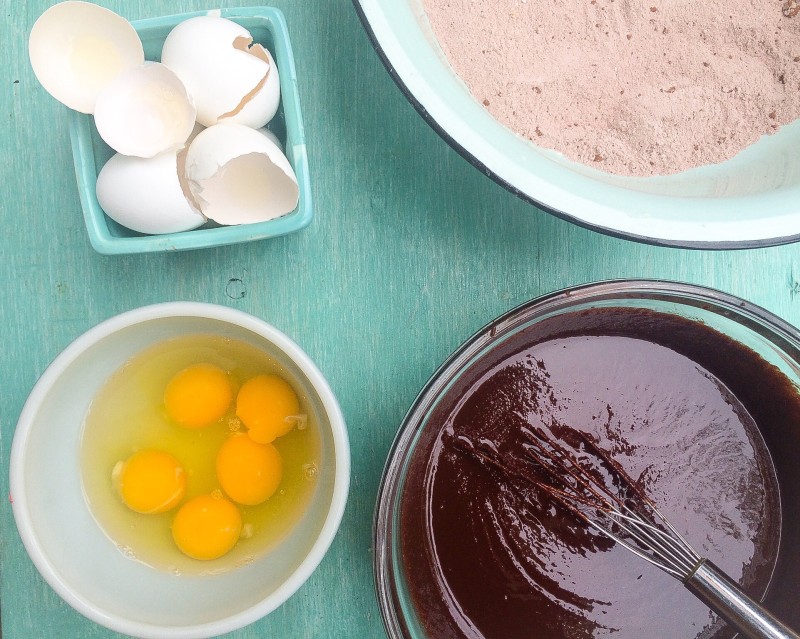 The recipe is pretty straightforward (I will include it below) and its success is reliant on the quality of your chocolate, room temperature eggs and not overcooking the batter. The beauty of these brownies is its deep, intensely rich and fudgy interior and cooking for too long will undermine that (far better to err on the side of under than over with this).

In the end, you’ll have something almost like a chocolate tart or the browniest brownie you’ve ever had — without even the slightest whiff of cakiness and without the annoyance of nuts (which always ruin a great brownie, IMO).

If you do as I do and place Andes mints on top just as it comes out of the oven, you will have the most delicious ooze of chocolate mint as an accompaniment.

To Andes or not to Andes — that is between you, your conscience and your tastebuds.

Me, an Andes mint is never wrong (I occasionally have one with a morning coffee), and as mint chocolate chunk is one of my favorite ice cream flavors, I’m sure you can guess which way I decided to roll. 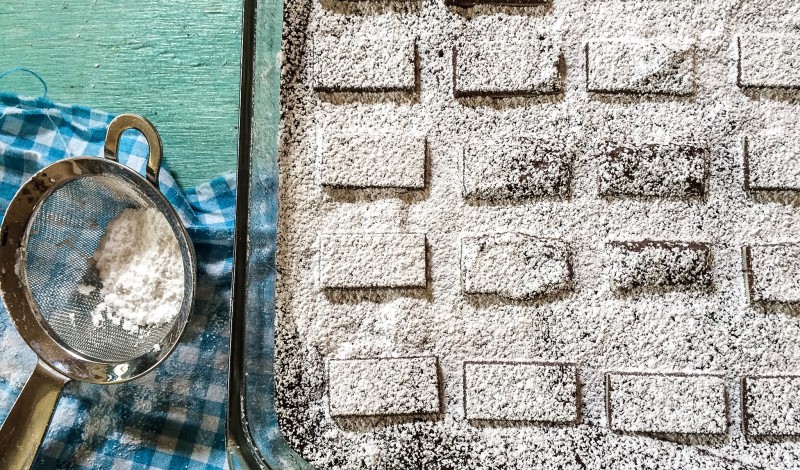 I found the recipe to be spot on with the timing — I checked on the brownies at twenty five minutes but found that they needed those last five minutes of baking; even so, they were deeply fudgy but I love them that way. If you are less fudgy inclined, let them go for just another few minutes, or let them firm up further in the fridge.

Baked Brownies — so dark, so unapologetically chocolaty and moist.  The butter gives them a sumptuousness oil never will and the hit of Andes at the end gives the brownie a minty afterglow.

I love this brownie; it will now officially replace my former go-to recipe for scratch brownies.

That one was good, this one is better.

I left one brownie free of the chocolate mint as I wanted Charlotte’s non-mint loving friend to be able to take one home just the way she likes it.

(I hope you enjoyed it, Audrey.) 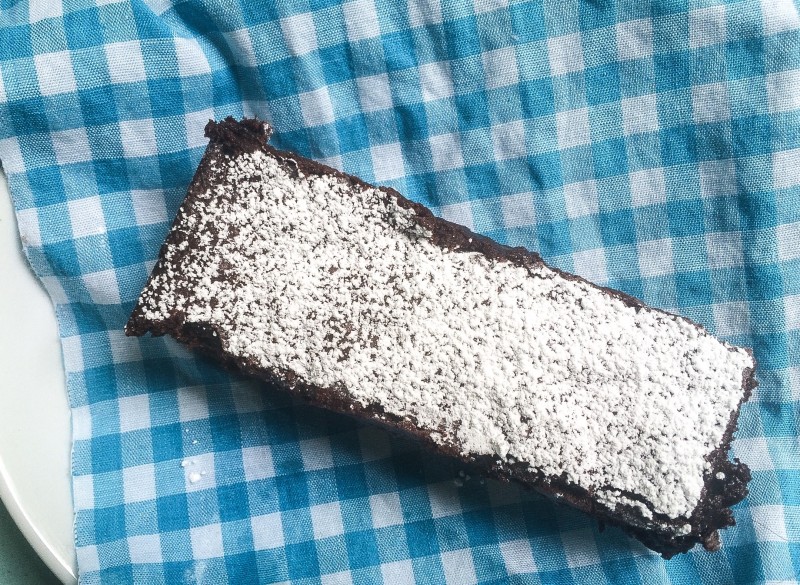 So thank you dear Petersen family for driving my guy home while I packed.

I can’t tell you how grateful we are to you for being willing to make this schlep. 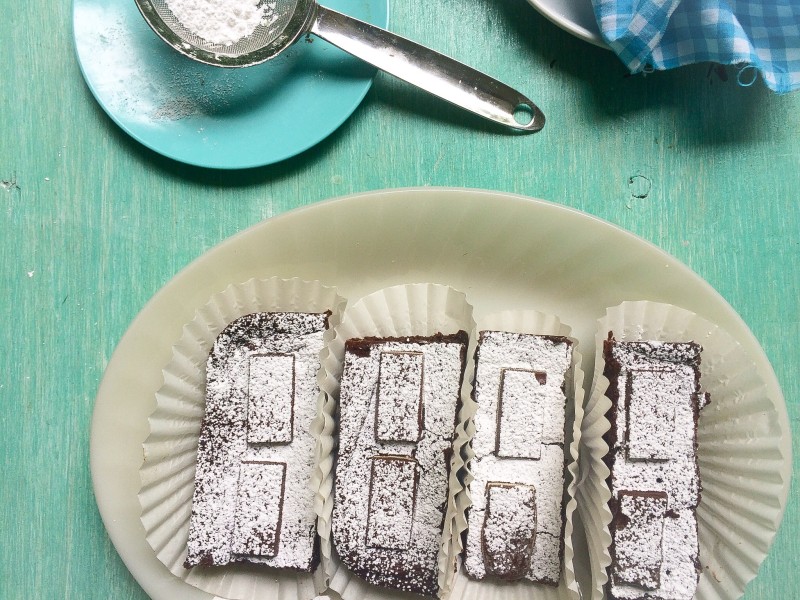 We all missed you so much. 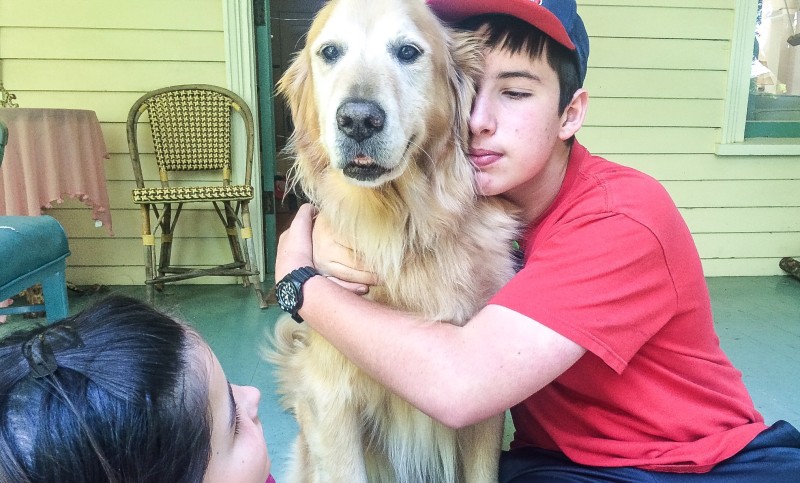 Charlotte and I baked you something.

We hope you love it.

And thank you manufacturer of Andes mints.

I am not sure why you’ve named this little treasure after the longest continental mountain range in the world, but here in Portland, we’re loving every little bite of you. 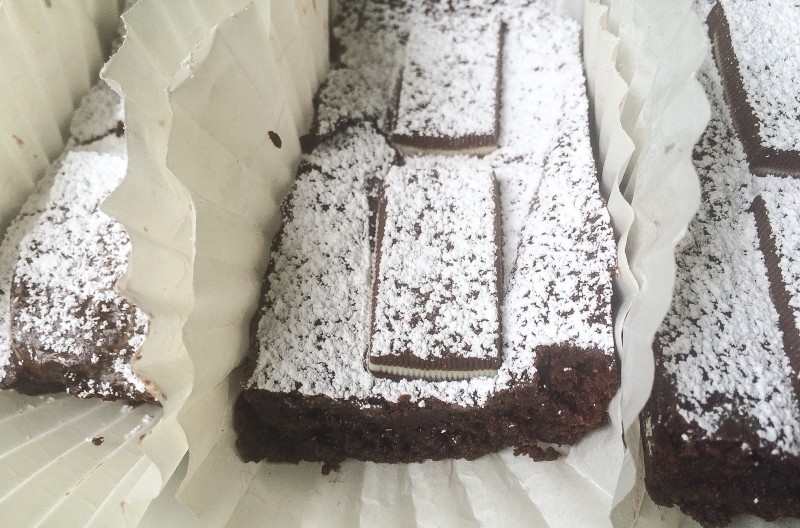 Print
Prep time
20 mins
Cook time
30 mins
Total time
50 mins
I found this photocopied recipe in my file and while I may not know what book it came from, I can personally attest to its spectacular chocolatey beauty. Make a batch of this when you want to spoil someone rotten or remind them why sometimes dark chocolate can be the most satisfying flavor in the world. If you choose to add the Andes mints, add them to the top of the brownies as soon as you pull them out of the oven; they will soften lightly from the heat of the warm brownies and give you a fantastic choco-minty hit.
Author: Lesli Heffler - Flick
Recipe type: dessert
Serves: 24 small brownies
Ingredients
Instructions
3.2.2925