You are here: Home / Gluten-Free / WHITE BEAN SALAD WITH TOMATOES, AVOCADO AND MORE 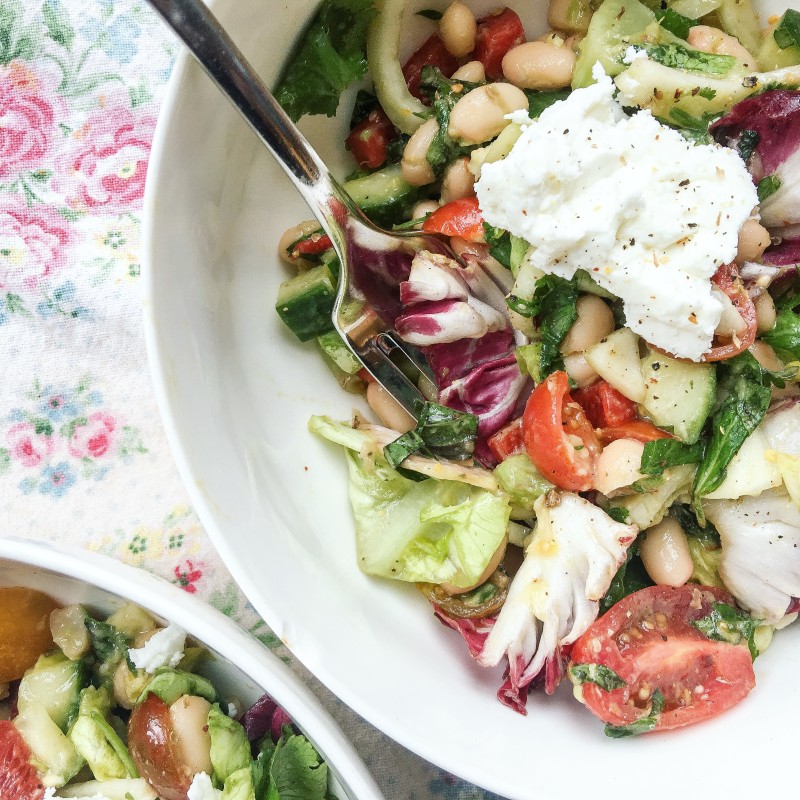 Sometimes you just need to take an honest look in the mirror and own up to your weaknesses.

I came to the realization this week that (among other things),  I’m a lousy vegetable buyer.

I not only buy too much of one thing at a time (the Costco mistake — I guess I’m not really an eat-4-pounds-of-broccoli-at-one-time-kind-of-gal), I also buy too many different kinds of vegetables at one time. I’ll think nothing of loading up my cart with asparagus and tomatoes and broccoli and haricot verts and three kinds of lettuces and both oversized rainbow carrots and snack sized baby peeled carrots plus two kinds of squash, cauliflower, multiple types of potatoes and, finally, four varieties of fresh herbs.

On one shopping trip.

And when I hit a farmer’s market, it’s really game over.

I know I’m not alone. I have one friend who joked once that she should just put extra vegetables straight from the grocery bag into the garbage, saving herself time a week later when she’s realized that it’s all gotten pushed to the back of the fridge before optimal eating.

It’s like I forget how unadventurous my kids are on the vegetable front (they’d happily eat homemade Caesar salad every day) and how overstocked my fridge usually is with other stuff.  Forgetting the reality of my situation, I just see all these beautiful items on display and I just buy it all. 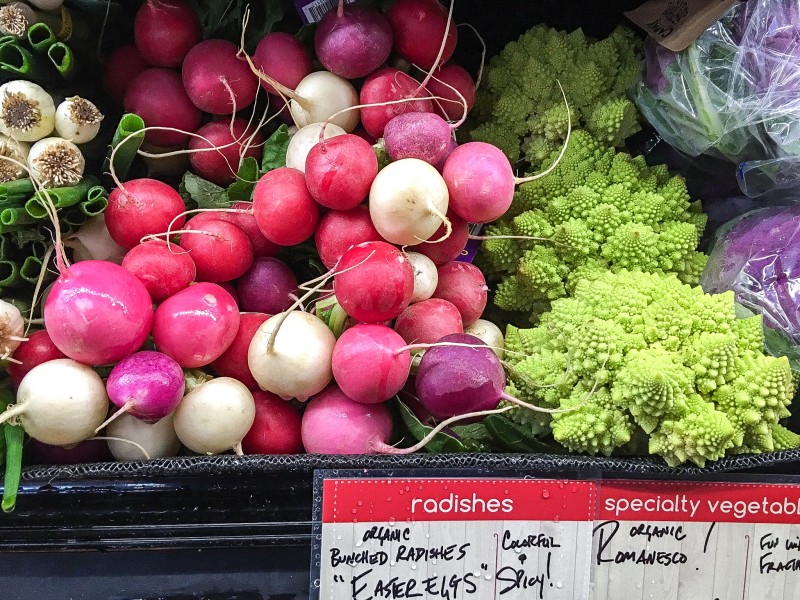 And then end up throwing too much of it away a week or so later.

But when I woke up yesterday and surveyed my fridge, I thought, nope. Not this time.  I was going to gather much of that still-good looking produce and put it to good use and then scatter it to various friends.

So I chopped up a good portion of those veggies and set them aside. 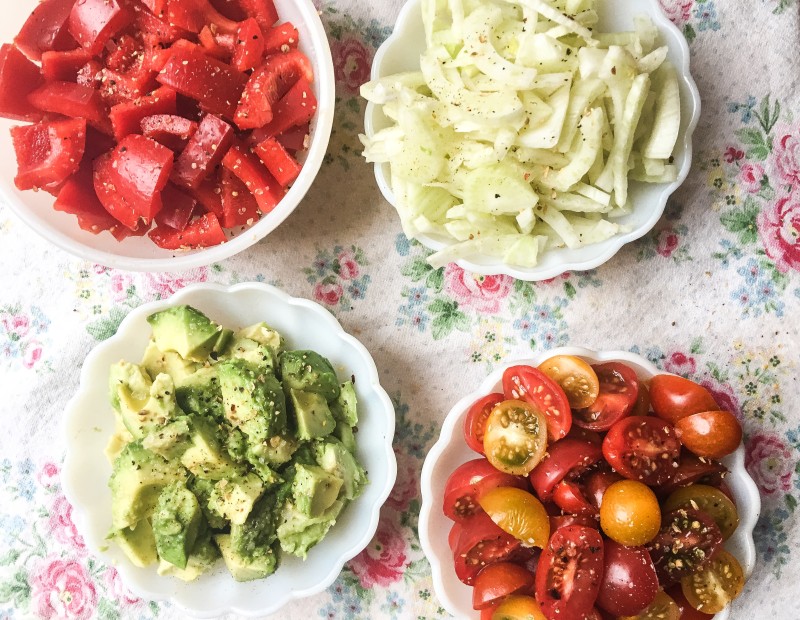 Each ingredient was seasoned lightly with salt and pepper and then added into the bowl. 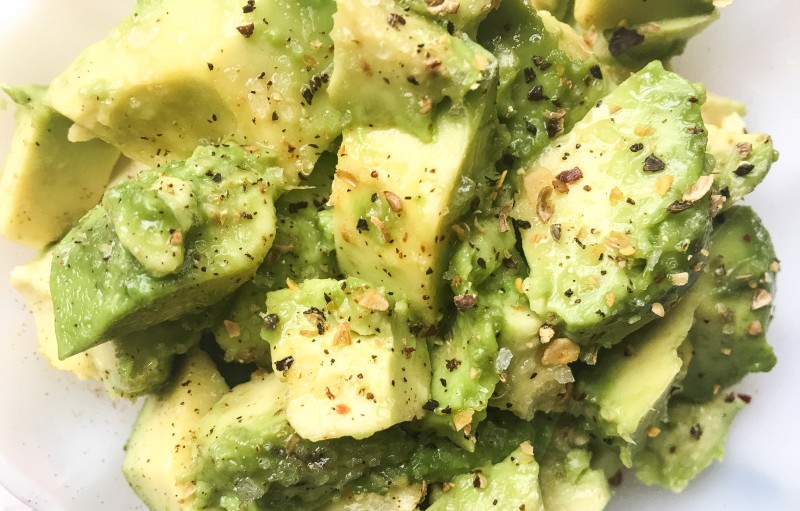 The second round contained English cucumber, some purple cabbage, Thai basil and cilantro and both Bibb lettuce and radicchio.

It seemed a big salad was in order, and so I grabbed a couple cans of white beans to give the dish some additional heft.

The addition of those beans was when it all started to come together. 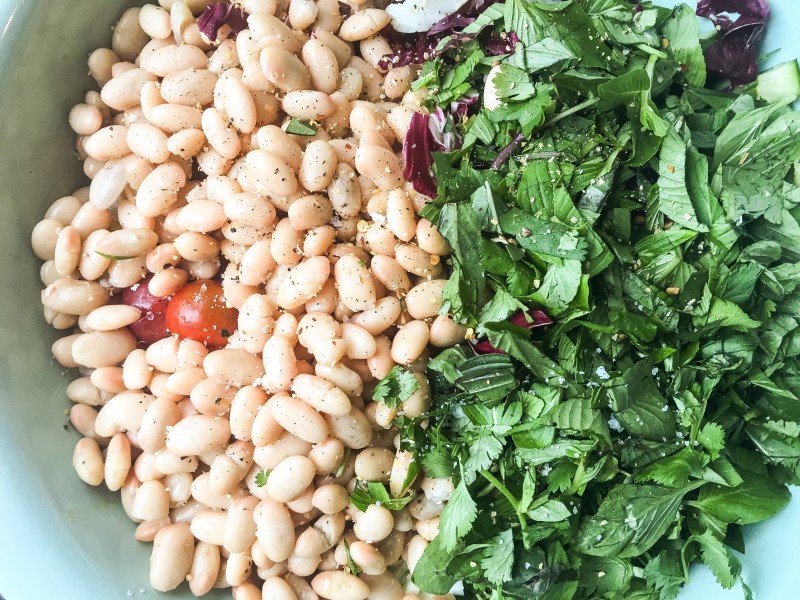 I tossed it all with salt and pepper and then made a quick vinaigrette using one of my favorite ingredients, an aged sherry vinegar. 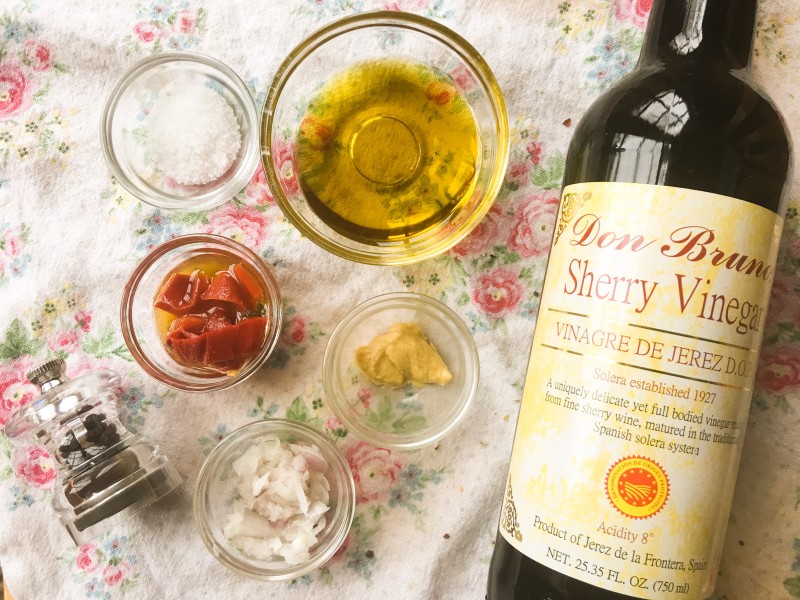 As you can see, this particular vinaigrette had diced shallot, French mustard, a little mashed Mama Lil’s peppers, salt and pepper along with the vinegar and olive oil.

For vinaigretttes, I like to put all the ingredients in a covered jam jar and just give it a good shake.

A quick toss of the ingredients with the dressing and it was done. 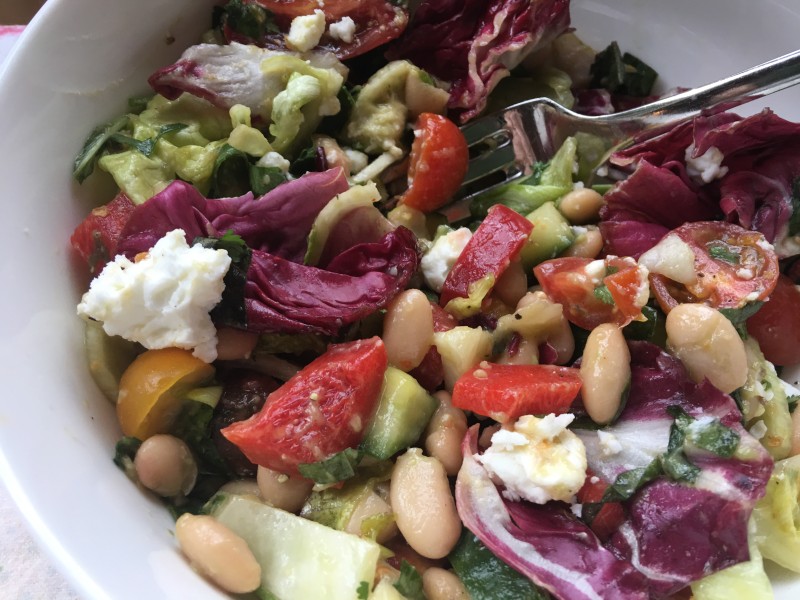 The only thing it needed was a little sheep’s milk feta for added richness, and then it was ready for me and the pal I’d invited over for lunch.

It was less than fifteen minutes from fridge perusal to face-stuffing. 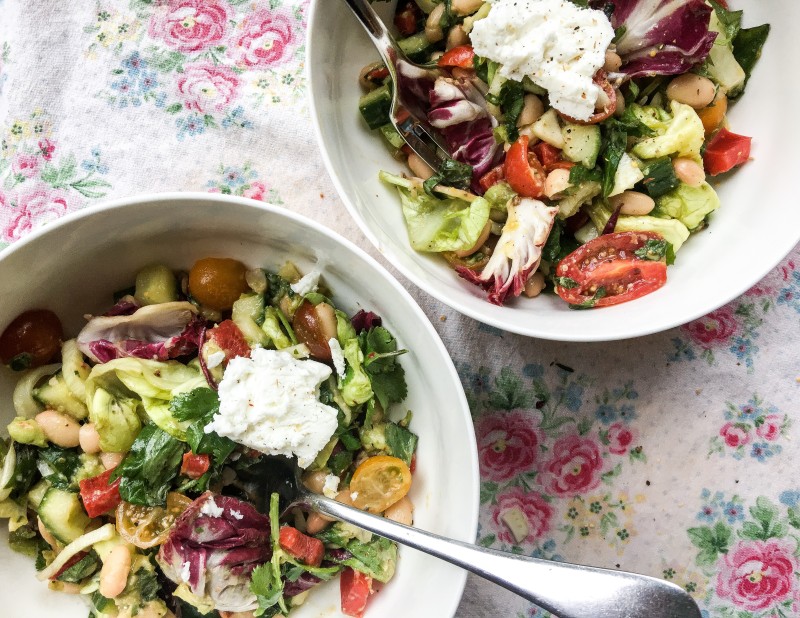 Who doesn’t love that?

Leftovers were packed up and dropped off around the neighborhood and beyond to a friend who could use a little TLC. 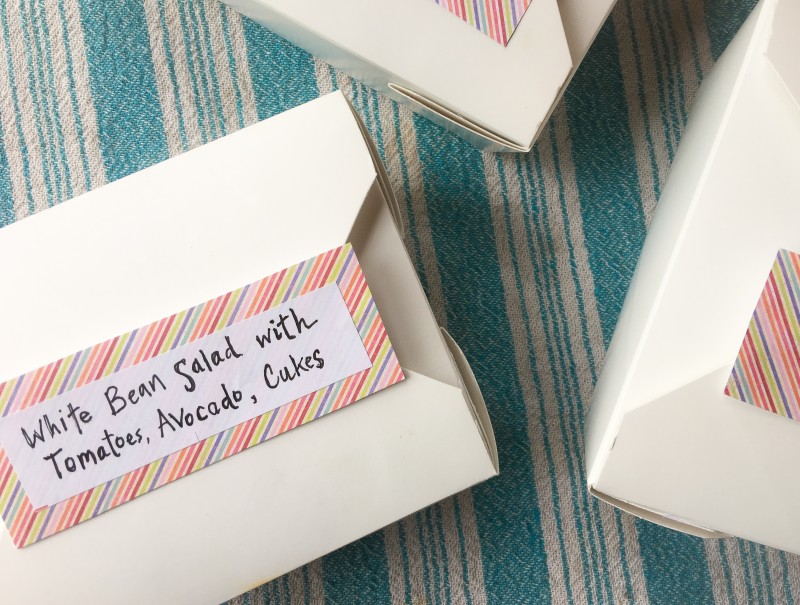 Vegetarian salads with hearty greens (like radicchio) and white beans hold up beautifully at room temperature so there’s no worry if it sits a bit on a friends doorstep or in the back of my car for an hour or two.

If you skip the feta, it’s also the kind of dish anyone can eat (great for vegetarians or for those avoiding gluten or dairy). 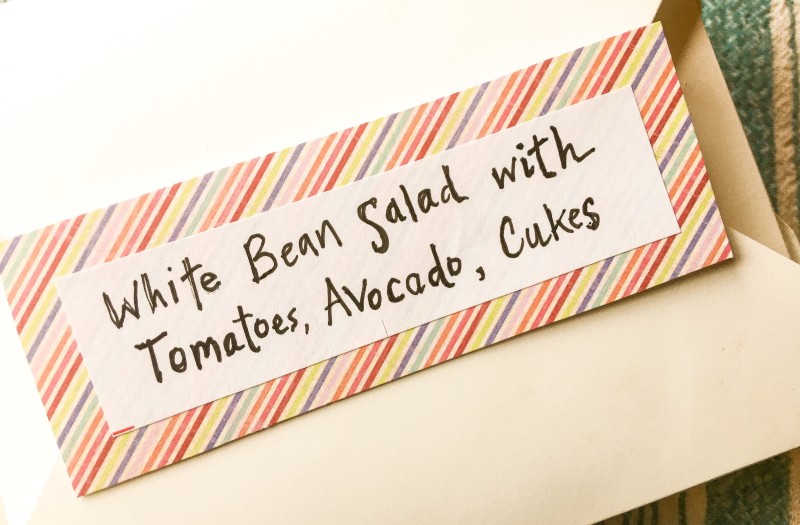 Not only did this giant bowl of salad nourish eight people for lunch (I doubled the recipe below), it solved the problem of an overcrowded fridge.

And I loved the salad so much I had it again for dinner with a thick slice of Tabor toast.

Do you have a favorite way to use up excess vegetables?

If so, I’d love to hear it; something tells me that this over-shopping habit is going to be hard to break.

Print
Prep time
15 mins
Total time
15 mins
If you are making enough to nibble on later on in the week, omit the tomatoes until just before serving -- a refrigerated tomato is a sad and lonely little thing.
Author: Sarah Kline
Serves: 4 servings
Ingredients
Instructions
3.2.2925