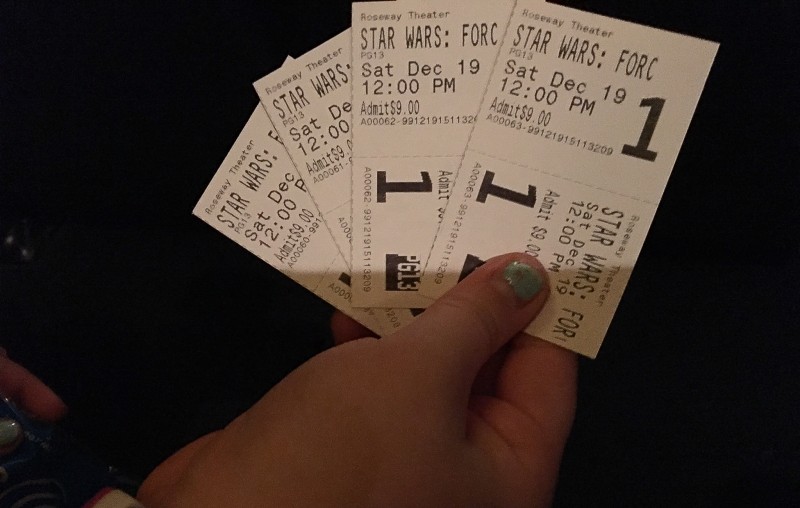 For my friends and regular readers of Portland Sampler, this fact will come as no surprise.

We Klines are big movie watchers. New releases at the theater and classics at home — we do it all.

So when we heard that Star Wars: The Force Awakens was coming out, we quickly made it a holiday must-do.

And because we’ve seen every single Star Wars movie multiple times (and we’re lousy with delayed gratification), sooner vs. later was the new mantra. 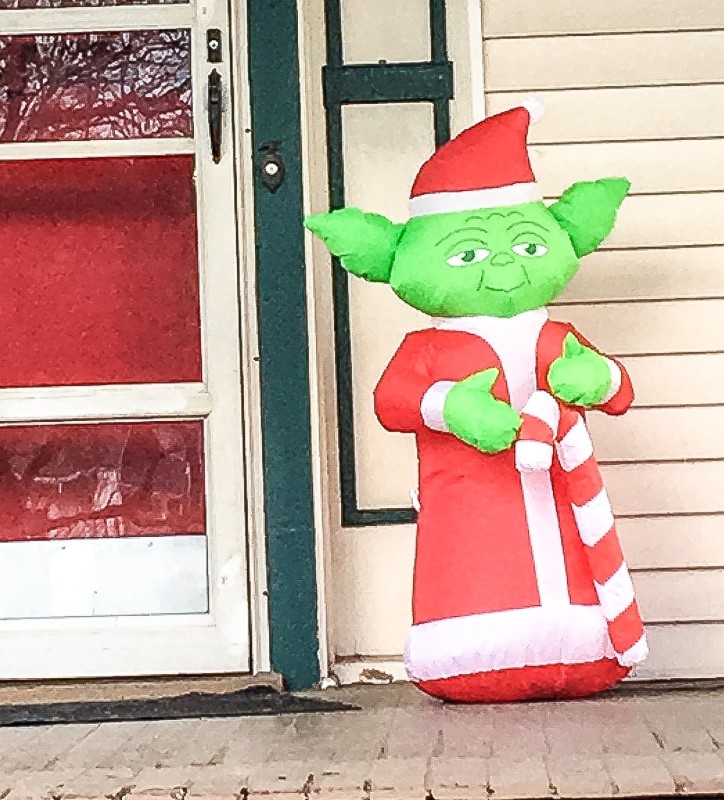 As this fella (in the house closest to the theater) might have said, see it soonest we must.

I was delighted when I learned that we could avoid the big box movie theaters and see the movie at one of my favorite smaller theaters just a couple miles from my house. 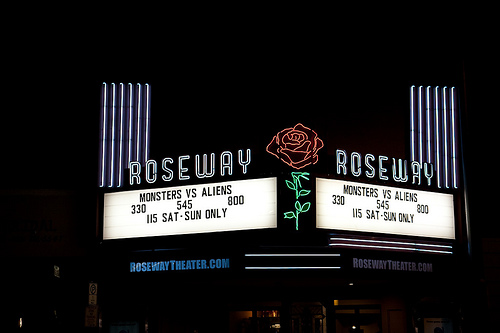 Portlanders love to support local businesses, and consequently there are a number of vintage, independent movie houses still operating: the wonderfully retro Hollywood Theater just a few blocks from my house, The Academy Theater in the Montavilla section, The Laurelhurst near the eponymously named park, Cinema 21 in the NW, and The Bagdad on Hawthorne.

The Roseway on Sandy and 72nd opened in 1925 but its upkeep dipped with the rise of the multi-plex. Happily, the new owner’s recent renovation and TLC have brought it back, and now it seems the locals are returning.

The addition of a completely new sound and media system means you can watch movies in 3D here and yet still feel part of something intimate and storied. 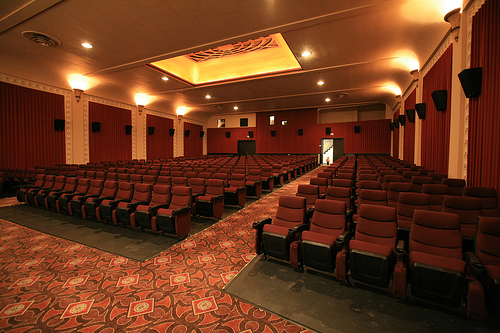 We woke up Saturday morning, read the paper, ran an errand or two and then ate a round of jumbo egg sandwiches (chicken maple sausages, scrambled eggs and sharp cheddar on crispy rolls). 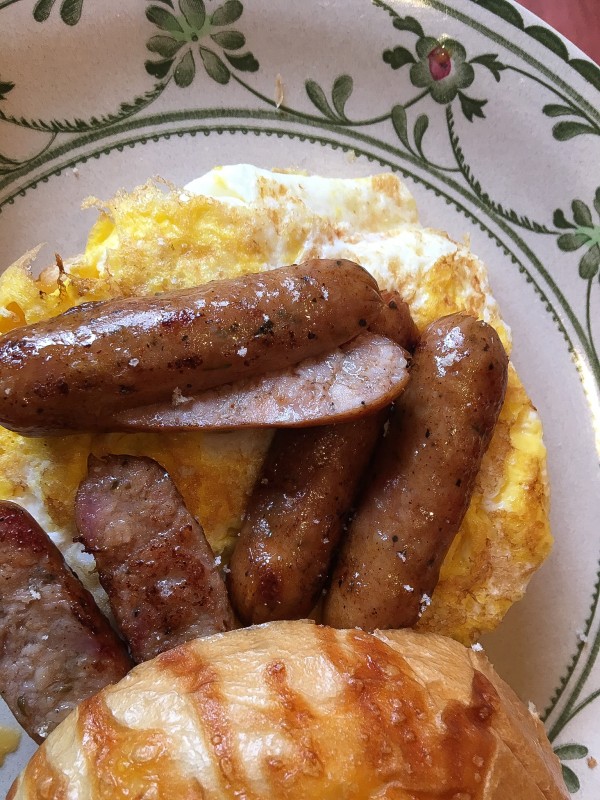 And then it was showtime.

Here’s what’s so great about The Roseway.

I dig how it looks– tiny, arty, and retro. 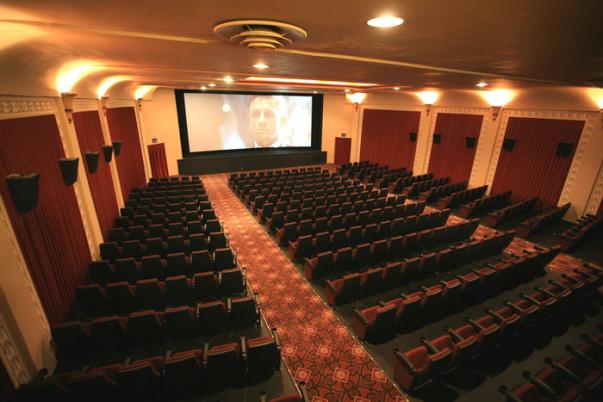 Check out some of the stained glass in the lobby. 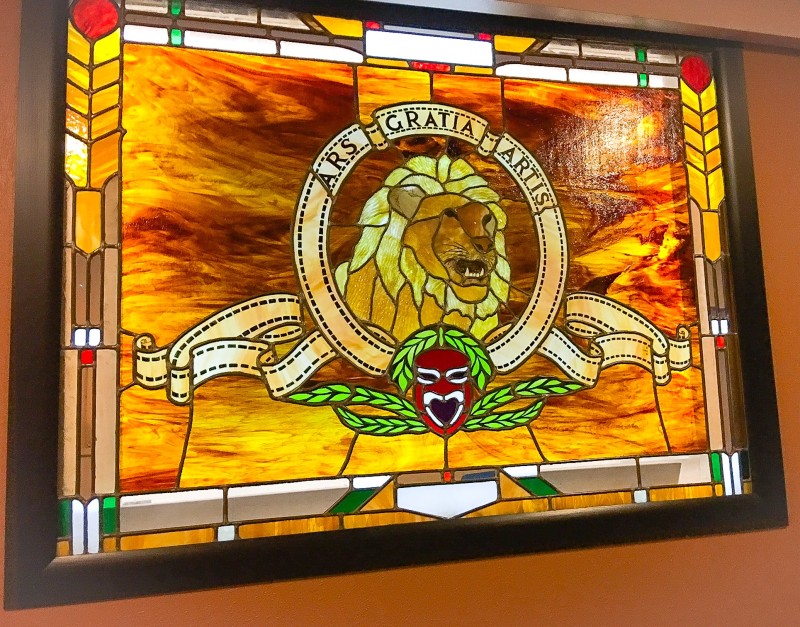 I love a movie house with a past and a quirky interior.

Maybe even more importantly, the staff and the crowds here are really fun and chill.

Everyone feels good about working at or supporting this small business and there isn’t any of that multi-plex anonymity.

I geeked out on all the Star Wars apparel (worn by both employees and all the excited moviegoers) and everyone was in such a good mood that they were happy to pose for me. 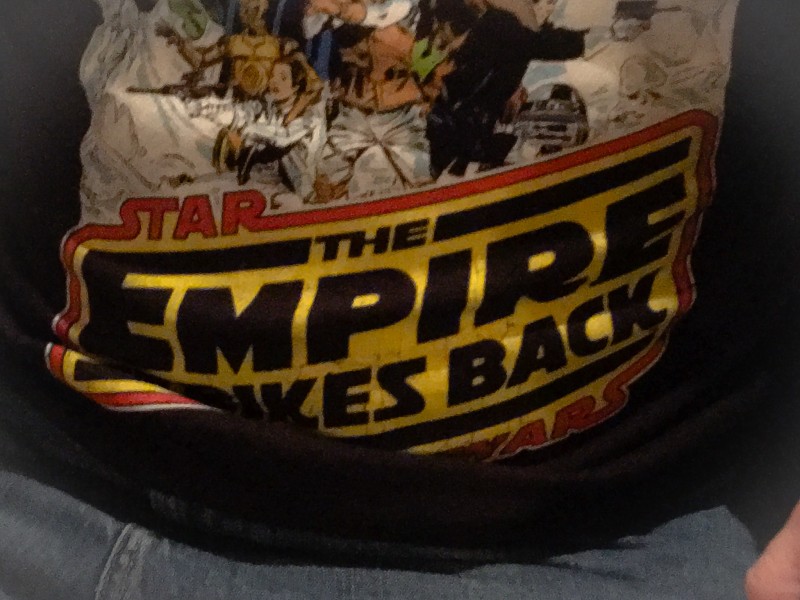 We bought our tickets on-line as we didn’t know how busy opening weekend would be and then we showed up early.

The good news was that this extra buffer of time allowed us all to chat and get excited for the movie.

My kids are much more shy than I am, and they couldn’t believe how I flitted around the crowd, talking to strangers.

I couldn’t help it — I was just so curious about all these interesting people and their apparel. 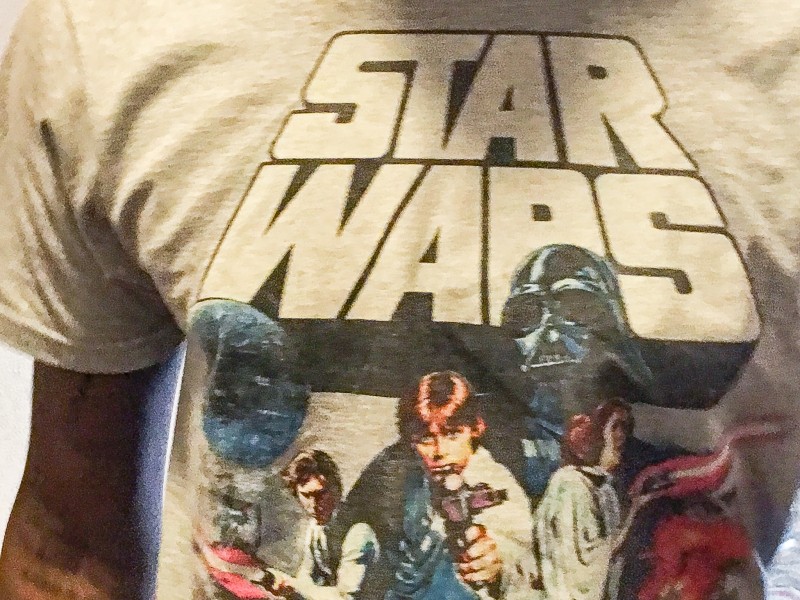 No one blew me off, and everyone was chatty and eager to talk about their Star Wars apparel (some vintage, some new). 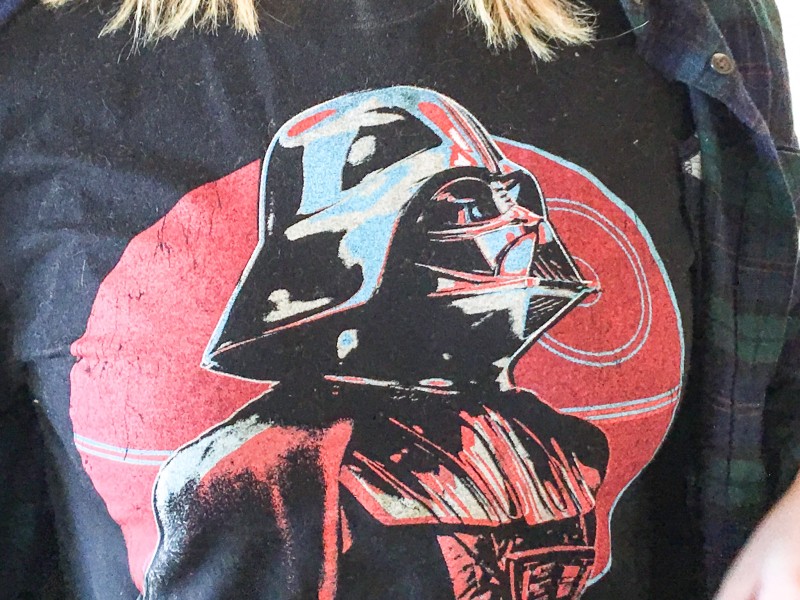 I must have seen about thirty or forty different designs. 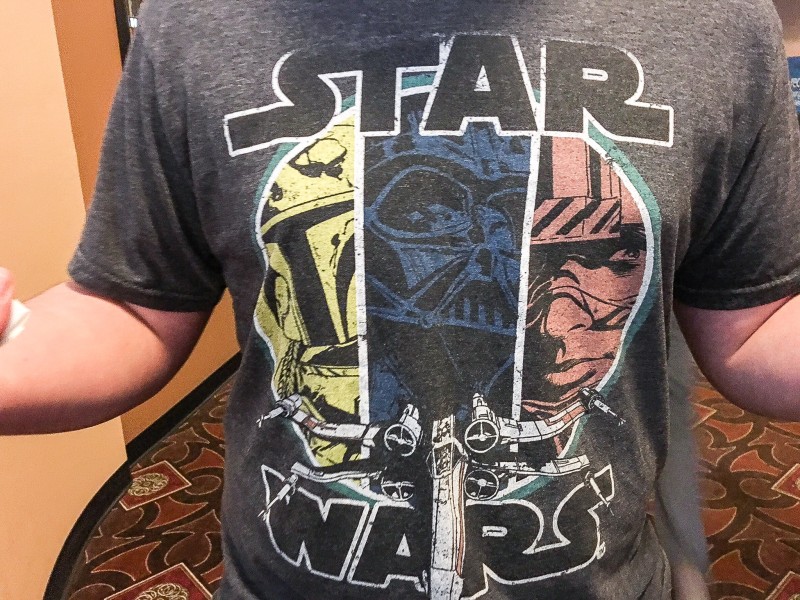 Each shirt had a back story.

Each wearer had both a deep connection with the franchise — and big hopes for the new movie. 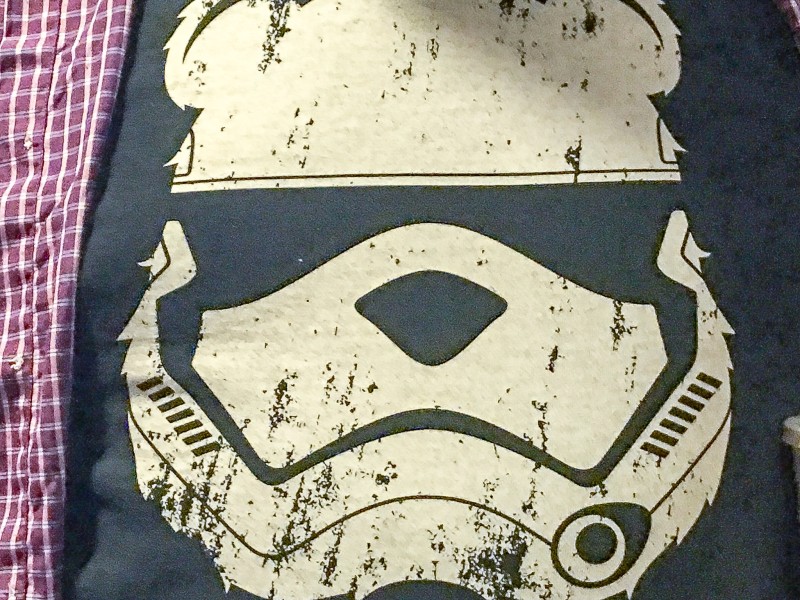 And now here’s another reason why I love the Roseway — the prices.

It’s just seven dollars for a regular release and nine for 3D — making it easily a few dollars less than some of the big boys.

Even the concessions are affordable.

A dollar and change for a Smartwater? Just two for a big box of Junior Mints? 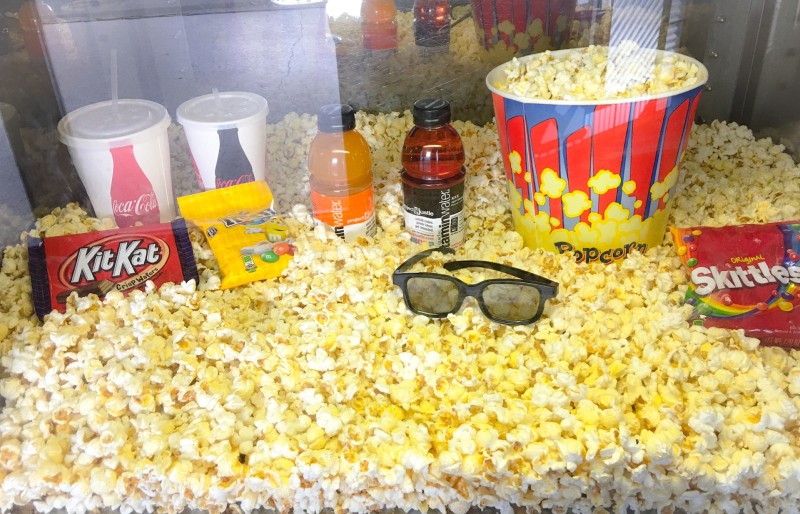 I love that they don’t want to fleece you — they just want to give you all the tools at a fair price for maximum movie watching pleasure.

Speaking of concession stand, doesn’t the guy in the hoodie look Obi-Wan-ish? 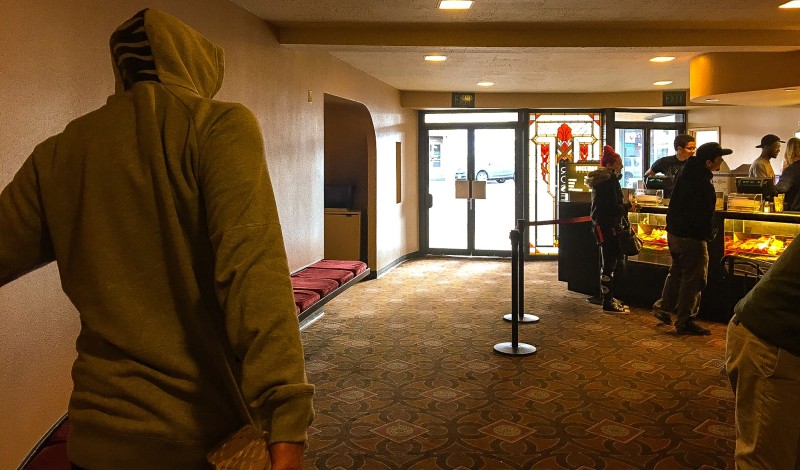 With popcorn, Junior Mints and Diet Coke in hand, the lights dimmed and this small intimate crowd (as it turns out, neighbors, families from our school and more familiar faces) cheered.

The franchise was back. 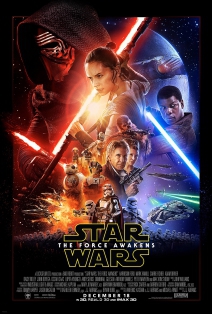 Familiar faces from the past, spectacular inter-gallactic fight scenes, beautiful visuals and a compelling and credible story line that keeps you riveted until the credits roll — and a rocking female hero.