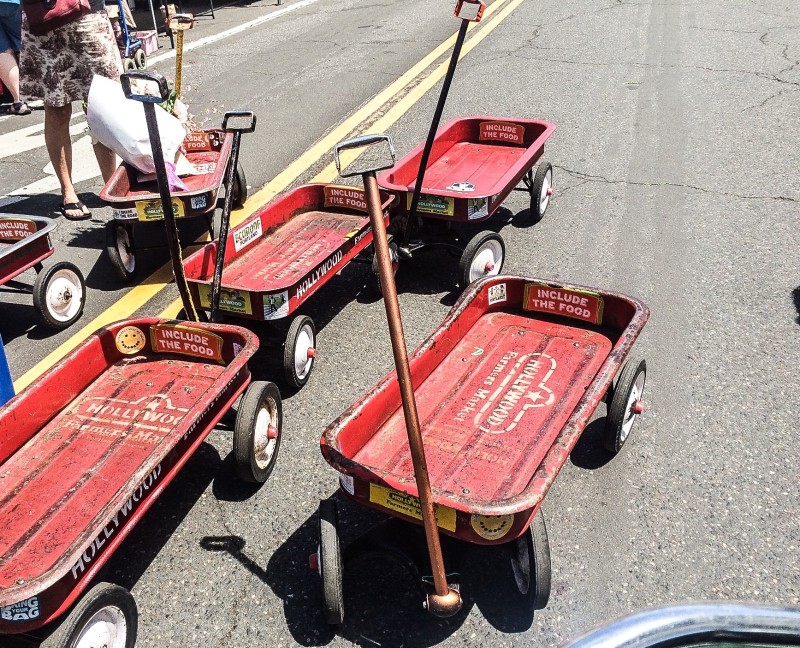 Sometimes in our far-flung quest for pleasure and thrills, we forget those treasures right underfoot.

Take the Hollywood Farmers Market for instance. It’s located in the heart of my neighborhood but for some reason, I usually forget it’s there. How’d that happen?

I guess most Saturday mornings I’m catching up on stuff around the house, baking, or occasionally I’ll hit a garage sale in the hood. If I’m ambitious, I will head over to the PSU farmers market downtown and spend the morning ambling through the many stalls, dropping cash like a drunken sailor on a rare weekend leave.

This week, however, the Rose Parade precluded an easy trip over the bridge and the market, but bumping into Gillian on the street mid-morn reminded me that our neighborhood has its very own market.  She had just come from there and was positively glowing from the experience.

She spoke excitedly of all her finds from there. “Cherries, and oh, the Hood strawberries.” Her eyes almost glazed over.

Oh, yeah.  The market down my street. Duh.

I reached for my wallet before she finished the sentence. I jumped on my bike and pedaled over. 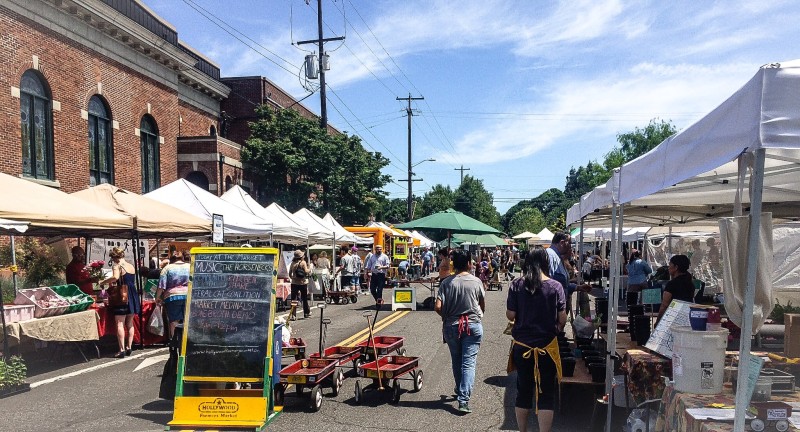 The market was winding down (I think it’s open 8-1 p.m. at this time of the year) but there were still so many things to take in, and unlike the PSU market, there was plenty of space to walk around. You can even borrow one of the red wagons at the ready to drag your stuff around.

Consider grabbing one, as there are probably fifty or so stalls here and there’s a lot of stuff you are going to want to take home. There are bakeries, meat sellers, seafood purveyors, honey sellers and shrub makers, produce and plants and food trucks and coffee roasters. And live music, food demos, and places to sit and enjoy your purchases.

Now the market is even open year-round — and it’s less than two blocks away from Whole Foods and double that from Trader Joe’s so all your marketing can be done with ease. 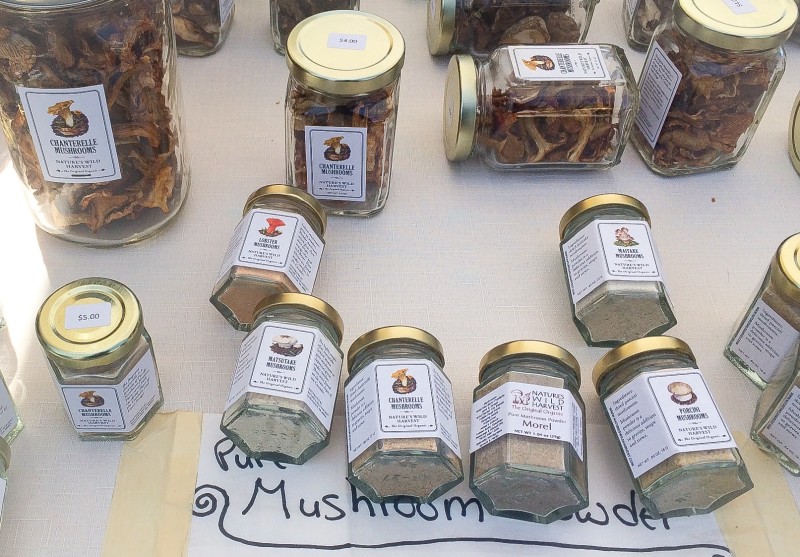 This mushroom vendor was one of the first stalls I came upon, and it reminded me of a market I visited in a town on the outskirts of Florence.

Look at all those dried mushrooms: morel, porcini, chanterelle, matsutake, lobster. What a fun thing this would be to to add to your cooking tool belt — can you imagine how much of a boost these powders could give to your risotto, frittata or fresh pasta? 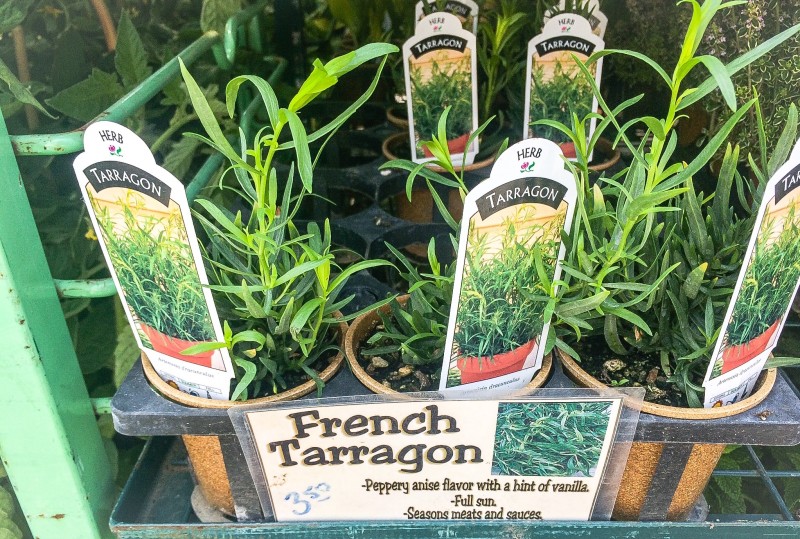 I then stopped by a booth and bought a couple pots of tarragon — it’s my favorite herb and it’s not easy to find. I haven’t had much luck growing it in the past, but I have a new strategy this year (involving more direct sun and a bigger pot) so hopes run high.

Fingers crossed that this year these plants take off — the pleasure of having fresh tarragon ready to go anytime just outside my French doors is indescribable. Gruyere omelet, anyone? 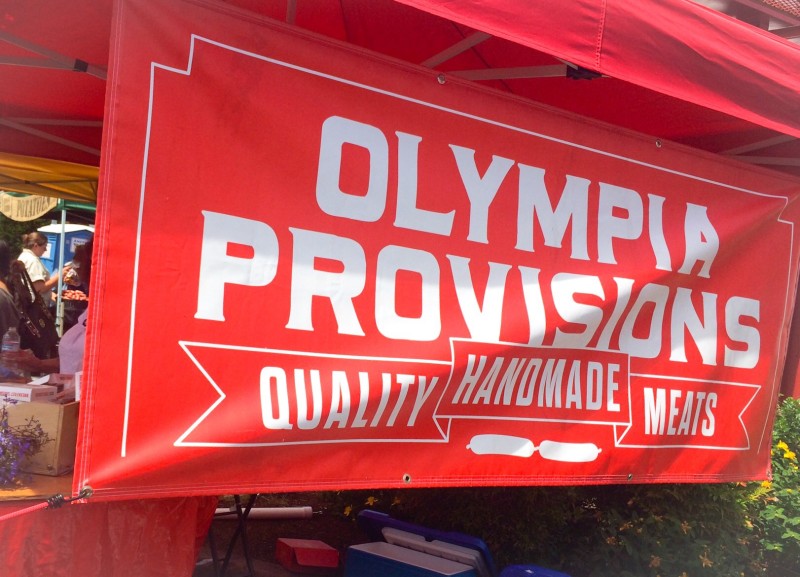 I then stopped here and sampled all of the sausages they had out (sausage sec, chorizo, and a new one with hazelnuts) plus their bacon and breakfast sausages. 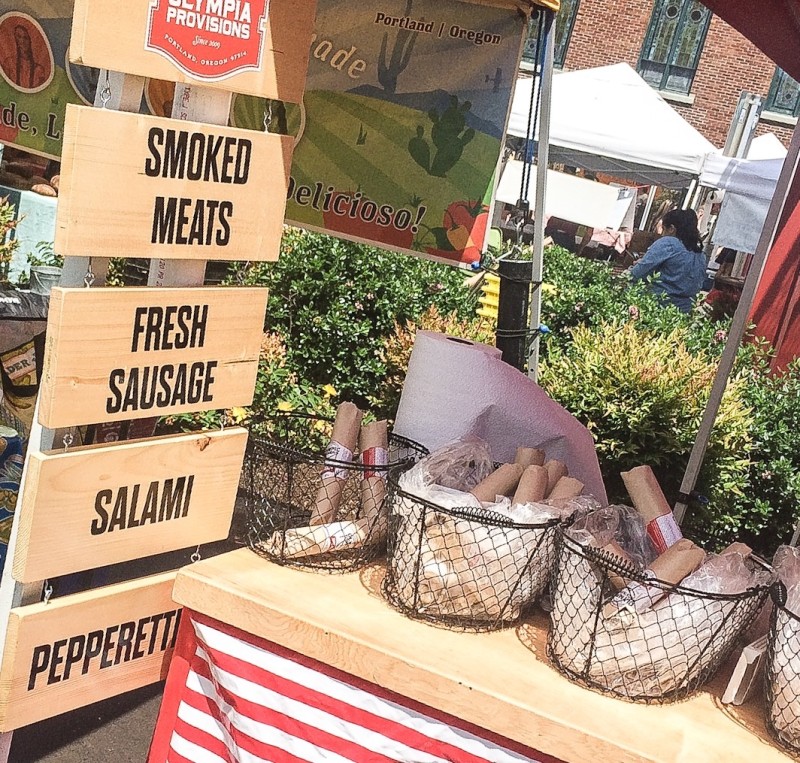 Had I thought I could get away with it, I would’ve stood at that counter for a good thirty minutes, sampling one after another in an endless loop of lusciousness.

Olympia Provisions, you are so good. I need to head back to one of your two restaurants in town and try you out again — I’m sorry to say it has been years and I’m suddenly missing you. Those salads! Those charcuterie plates! The sandwiches!

In the meantime, so much eye candy right in front of me. 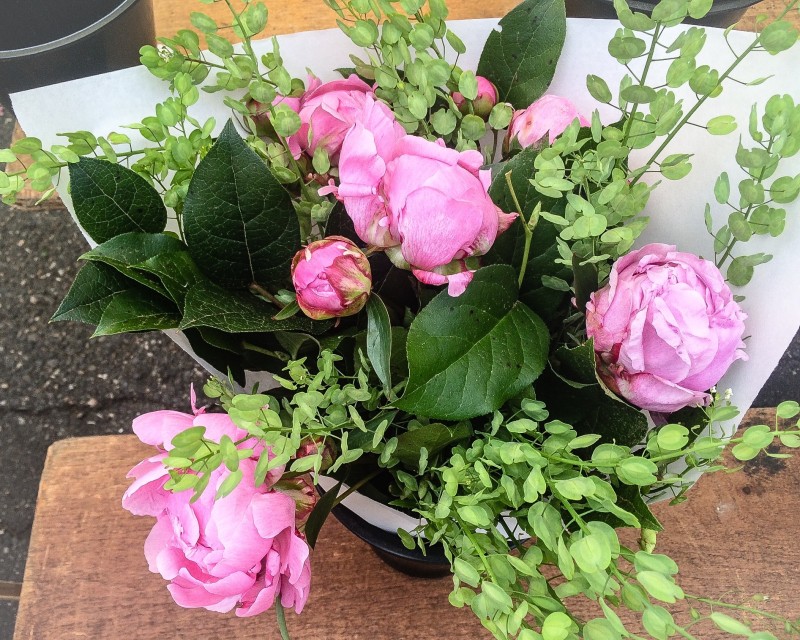 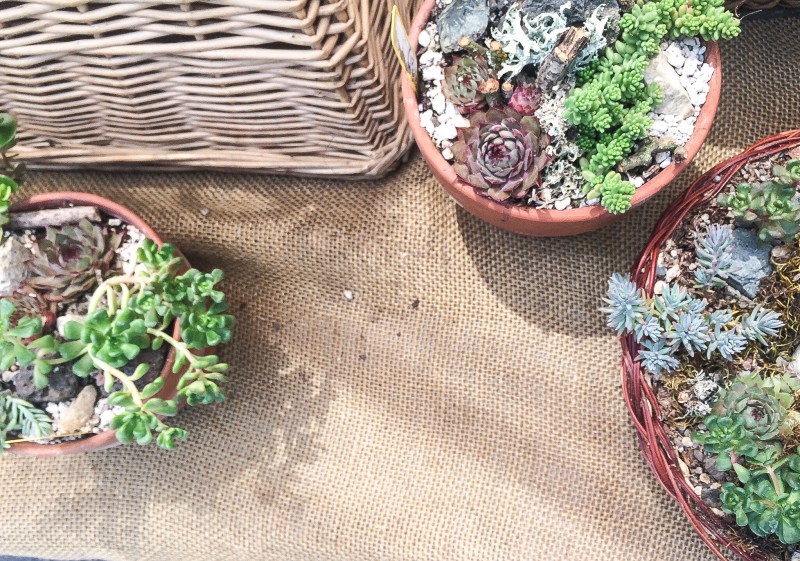 So many ways to separate you from your cash.

I had forgotten that they sell here and I was delighted to try two cheeses I’d not yet had before:  Pearl and Ava.  The former is a straight cow’s milk cheese and the latter a blend of both cow and sheep and both sport a consistency somewhere between whipped butter and cream cheese.

They also both boast an unearthly creaminess and sampling them side by side, I found myself daydreaming with possibilities.

Crostini with fig jam and Pearl? A baguette sandwich with Ava, prosciutto and sliced pear?

To me the Ava had a bit more tang, and so that’s the one that made the cut (although I did feel a Sophie’s Choice-like decision on my hands– how would I choose just one?). 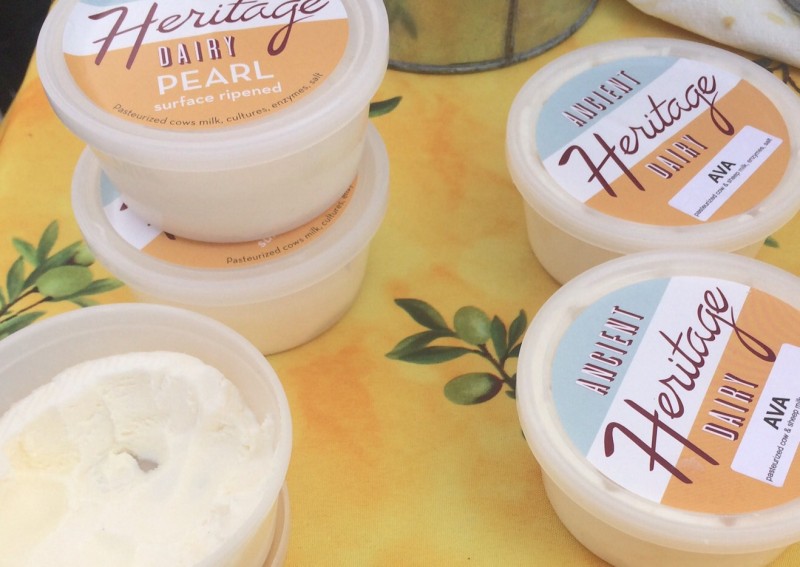 Last up, fruit. So much of it, and so early in the season.

These cherries were magnificent. I bought a big bag and ate a third of them before I even left the market. 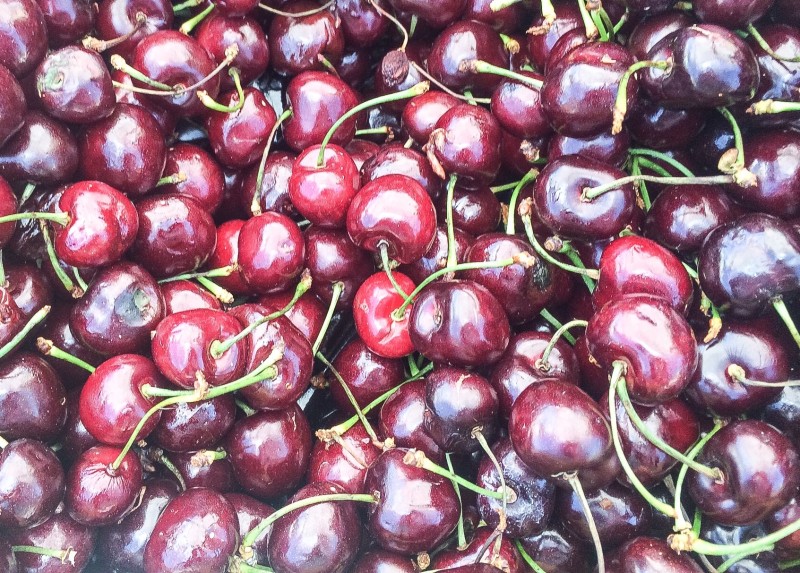 There were Hood strawberries (tiny, jewel-like, unspeakably juicy) and the first of the Maryhill peaches.

I will write of those legendary peaches later in the summer when they’re at their peak, but yesterday I was just happy to grab a couple of the first ones of this season along with one of the few remaining peach jam jars from last one.

The woman at the stand said that her favorite way to enjoy the jam was as a glaze for roast chicken. Man, that could be amazing.

How else to use such a grand jar in a timely fashion? (I think I smell a new post coming on.) 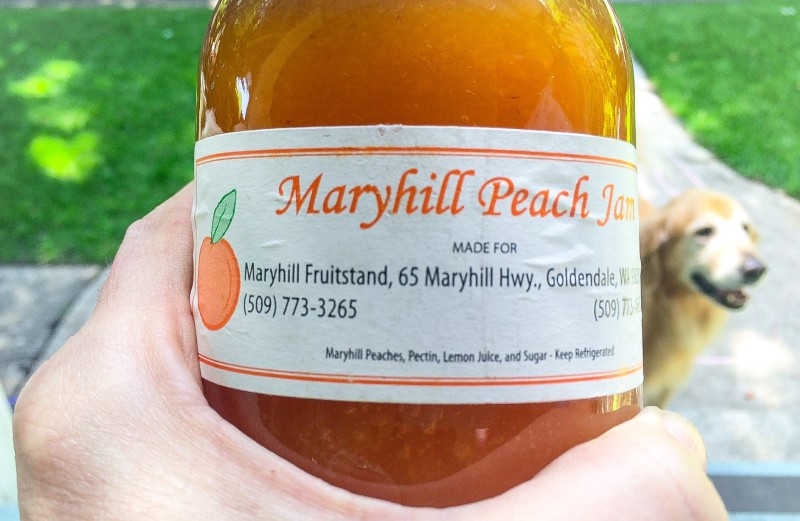 For now, just behold the beauty in this bottle. Isn’t the color glorious? (Apparently even Bailey is excited about cracking it open.)

The market was five minutes from closing, so I had just enough time to grab a lunch to go  — perfect timing as the temperature was rising and I thought lunch in the shade of my garden would be a treat.

I had heard raves about the tamales there, so thought I would give these women a try. 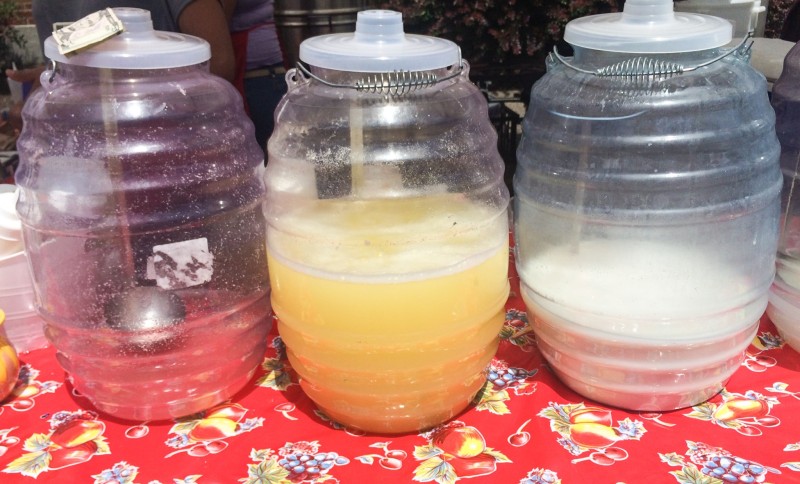 Time to pack up the treasures in my bike basket and hoof it home. 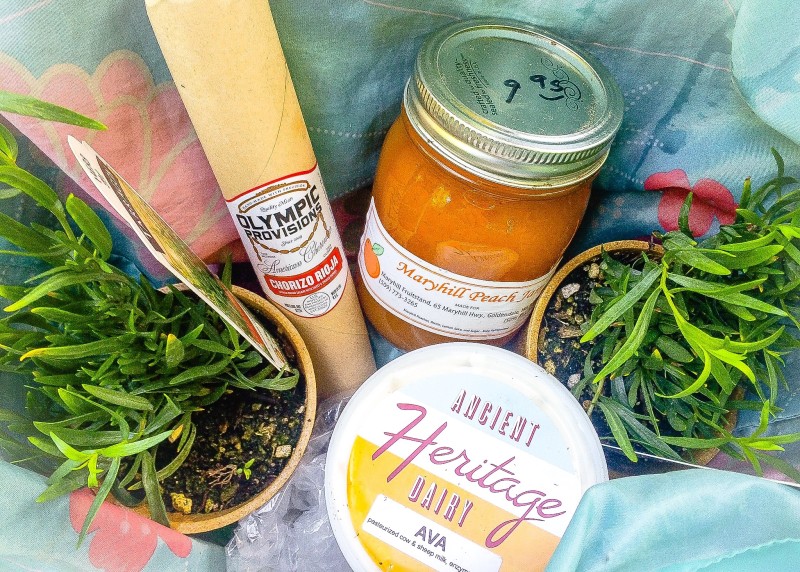 Here is what the Tamale with Chicken in Green Sauce looked like gussied up with a little of their incendiary red sauce on top. 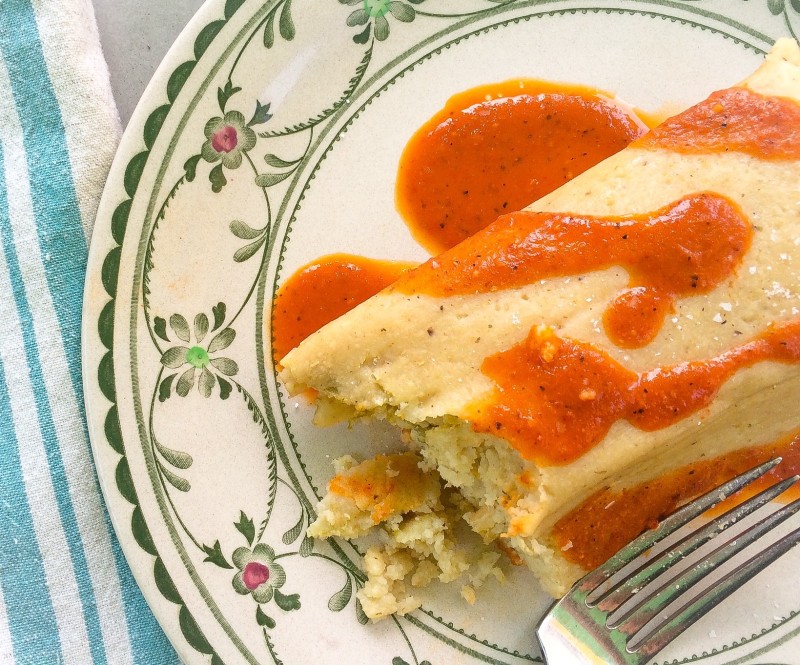 Tender, spicy, and filling. One of these days I need to learn how to make my own tamales– perhaps with shredded beef? Or what about butternut squash and queso?

Okay, Hollywood Farmers Market. Call me an idiot to have overlooked your charms. 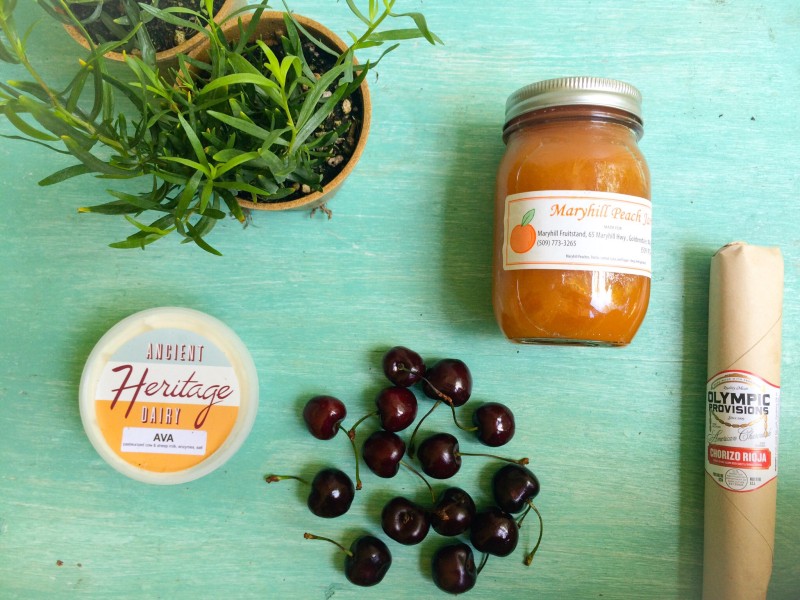 Consider me the doofus in the rom-com movie who realizes at the end that the love she’s been seeking has been under her nose all this time.