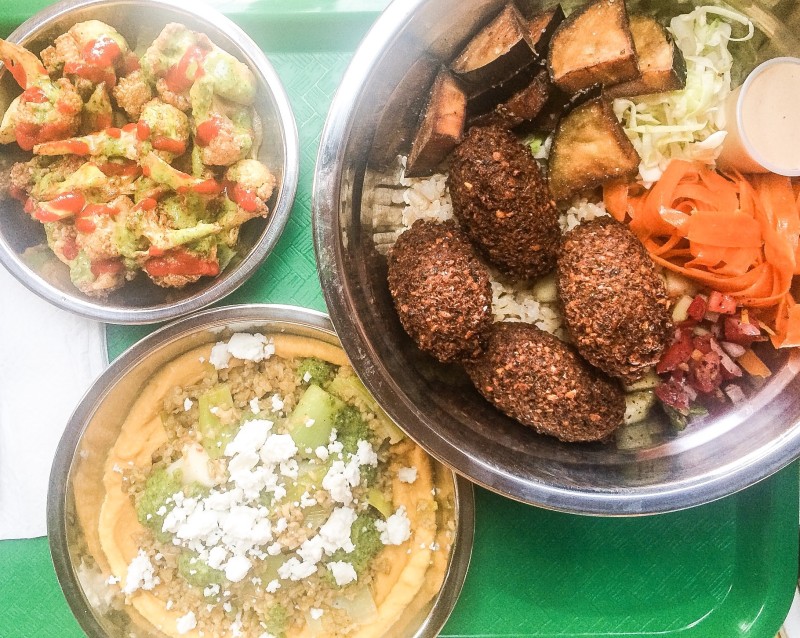 Those of us who live near the newly-opened Zipper have been eager to give it a try, and once I saw the line up of vendors, I knew just which of the places I had to try first. 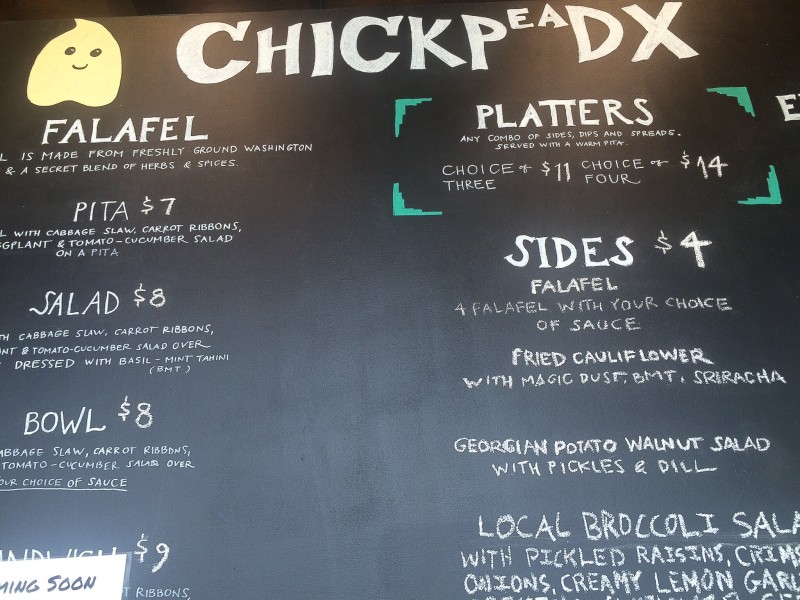 I’d heard from friends who had been to their old food cart how good the falafel were, but now I could see for myself.

Walking in, I knew Chickpeadx’s fate in their new home rested firmly on their ability to create an outstanding falafel time and time after time– would they rise or fall to the challenge? 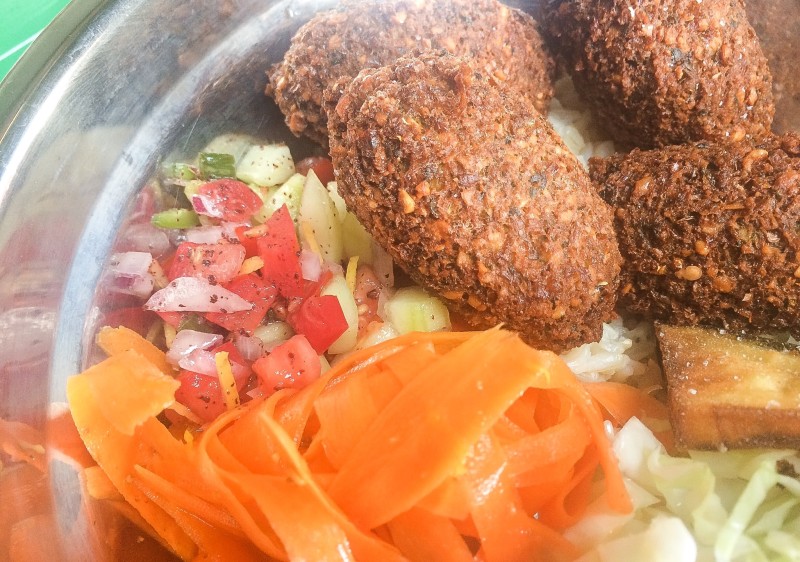 First, let me tell you about The Zipper, one of Portland’s newest food pods/micro-restaurant hubs.

It’s that silver slip of a building at 2705 NE Sandy, and there are a number of eateries inside (Slice, Bywater Grocery, Rua, Finger Bang and Chickpeadx plus Paydirt, a bar/pub/lounge).

There’s communal seating at large tables both inside and outside, and bathrooms available; the idea is you order your food or drinks at any of the adjoining spots and then eat it at the table of your choice.

One friend wants pizza, another an oyster po’ boy but you’re hankering for falafel?

No problem here, and this is about as good a set up as I’ve seen for food carts.

Now let’s get back to Chickpeadx.

Falafel can be enjoyed here in one of three ways: in a pita, atop a salad, or my favorite, in a brown rice bowl.

In each version, the same ingredients largely overlap; a signature fried eggplant and tomato cucumber salad is partnered with the falafel, with only the sauces and a few items varying slightly. Basically, you just pick the delivery system for that falafel and you’re set.

It stands head-over-shoulders over any I’ve had before; gone is the memory of all those slightly greasy, leaden and pallid balls of ground chickpeas belonging to the days of yore. In its place is a version with an intensely herby and light interior surrounded by a superior greaseless crunch.

It was the lightest yet most flavorful falafel ever. 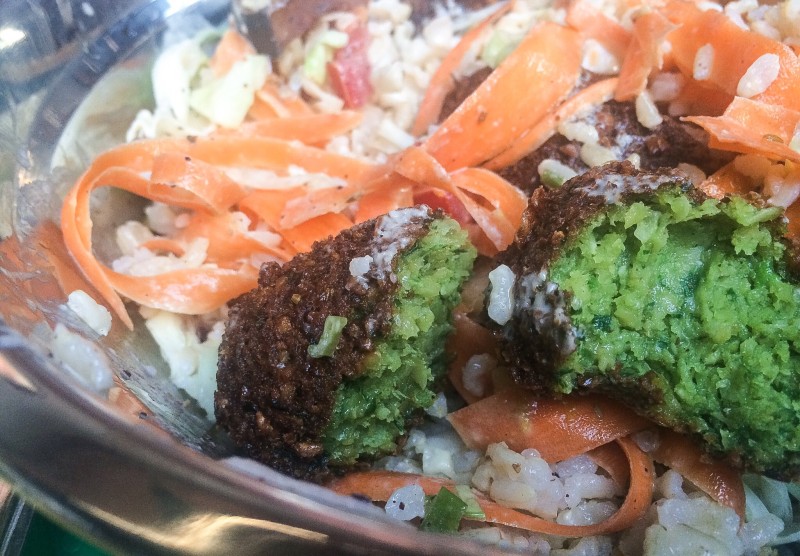 All the accompaniments to the bowl version I ordered (aforementioned eggplant, tomato-cucumber salad and carrot ribbons) added to the greater whole and although combined this dish was far more than one person needed to eat, I did my interior glutton proud.

No less wondrous was one of the sides: the Fried Cauliflower. 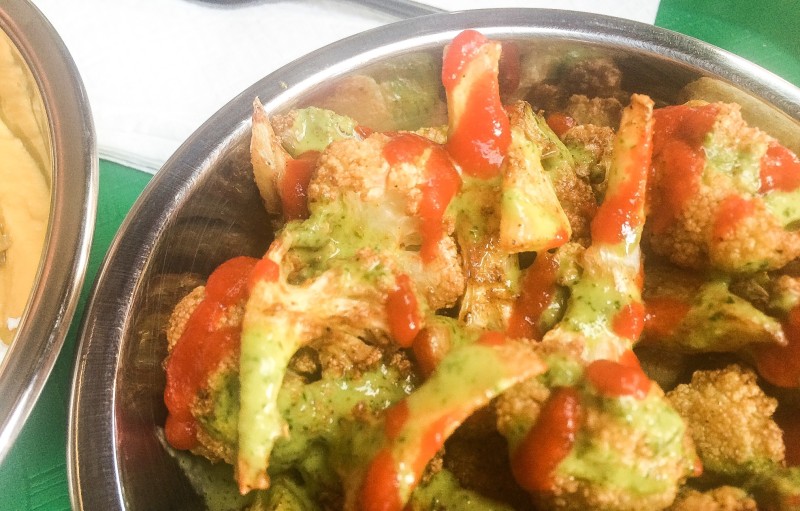 It was both crispy and yielding, and drizzled with more of that basil-mint tahini sauce and Sriracha. It was scrumptious and whatever is in that “magic dust” is something I’d like to order by the bucket (Christmas is right around the corner).

Another great special on one particular day was a side of roasted and pureed squash, freekah and braised leeks. 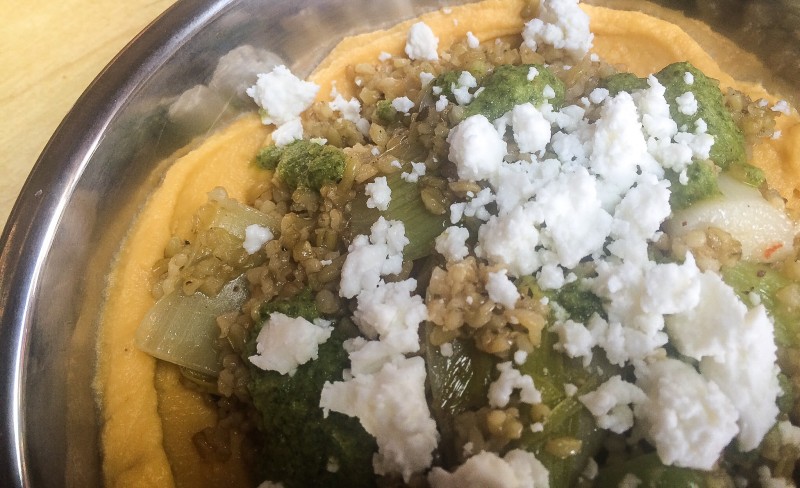 There’s such an assuredness in this kitchen — everything is seasoned to the hilt without slipping into excess, no small feat.

When was the last time you had vegetarian food this exuberantly flavored? And not just one dish, but every one you order?

I’ve been three times now to Chickpeadx — and each time I feel a little bad for the other vendors in the Zipper. Some of the other dishes coming from the other restaurants are pretty good, but nearly everyone I see there has had –or heard about– these crazy yummy falafel and cannot be persuaded by the charms of the other vendors.

For most of them as it is for me, come Zippertime, it’s now Chickpeadx all the way. 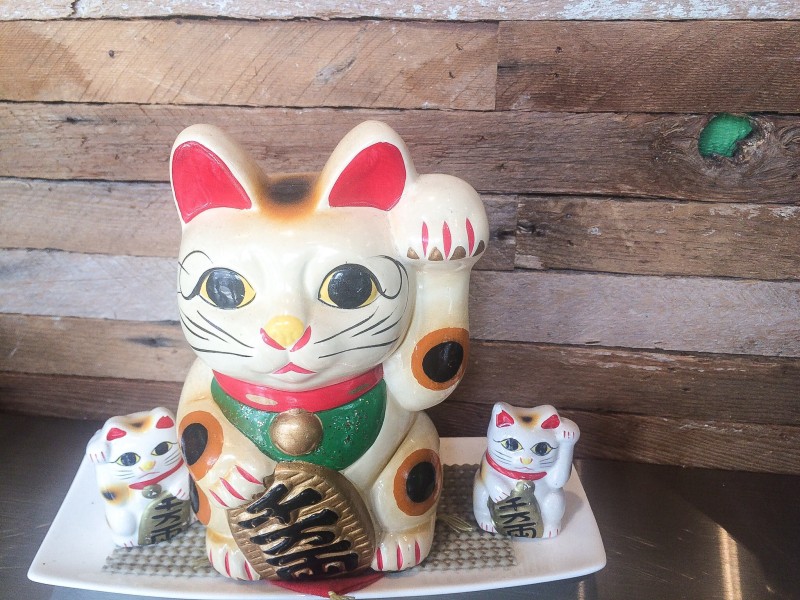 The Zipper is like a professional football team comprised of many solid players — but with Chickpeadx, just one Tom Brady.