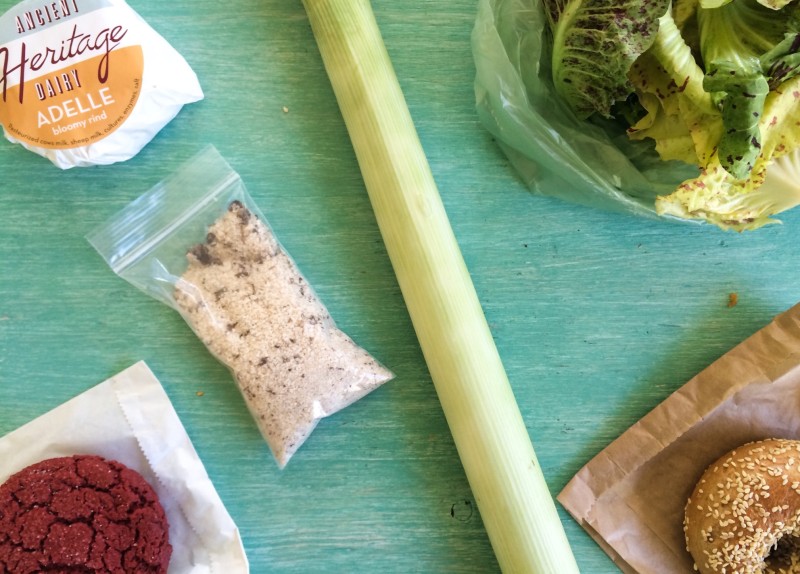 Saturday I woke up to good news.

A quick check on my phone for the PSU Farmers Market revealed to me that it is  now open year-round on Saturday mornings (it used to be roughly March-Thanksgiving). Who knew?

Actually, quite a few apparently; the crowds — or the amount of stalls habited– didn’t quite reach mid-summer levels, but there were plenty of people milling about under the arbor of trees and enough temptations to fill a lazy morning stroll.

It felt wonderful seeing these offerings again after my five month hibernation; it was like being at a party with all these friends you hadn’t seen a while. Crab. Goat cheese.  Bread. Jam. Honey. Salami. Pies. Cookies. Pickles. Dozens of just-picked vegetables. Sweetly pungent piles of fresh mushrooms. Garlic shoots and leeks as long as my arm. Daffodils and cherry blossoms and pussy willows. So many harbingers of a spring that has come early here.

As I soaked it all in, I realize that last year I spent hours looking at everything there each week but usually ended up purchasing the same things over and over. This year will be different. I am almost 50 now, and I need be mindful of ruts when I see them forming. Ruts are habit-forming and deathly dull.

Time to make a fresh start. 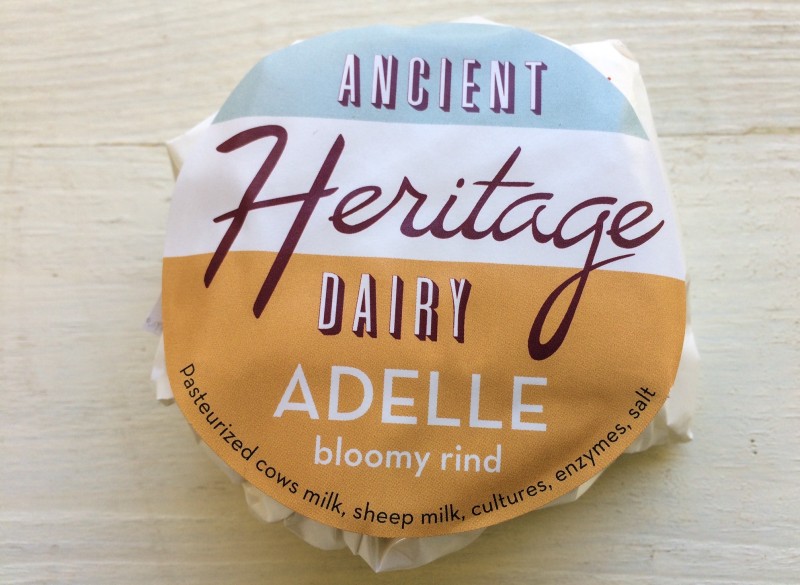 I first picked up a cheese named Adelle from Ancient Heritage Dairy. It’s a cow and sheep blend with just a wisp of a rind and the most luxurious, buttery interior that gets even runnier with age. I adore it straight up, tucked into a sandwich with prosciutto, alongside greens and baguette, or first thing in the morning on toast. That and a latte and I’ve got my breakfast of champions. Welcome back, old friend. It’s been a while. 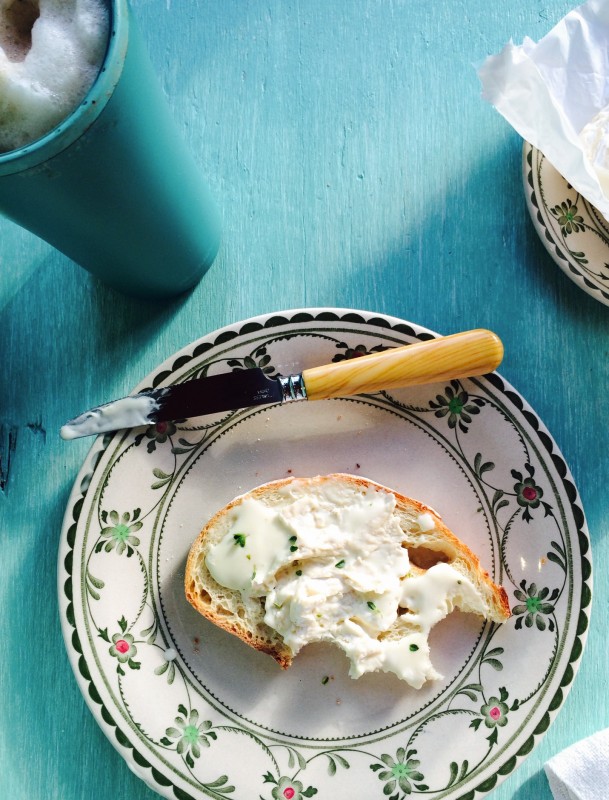 Also at the market I found the most spectacular salad greens in variegated greens and purples. Unfortunately I can’t remember the name of the farm but the guy at the stand said it’s located in Albany and their stuff was fantastic.

It’s times like these I wish I could paint so I could capture the raw beauty of nature and the garden’s bounty (but for now, there’s always my Iphone).

I bought some pungent truffle salt from the mushroom vendor, and at $5, it felt like a steal. Knowing that I have a new supply to replace my nearly depleted one made me absurdly happy (I’m daydreaming of omelettes as we speak).

I also bought an enormous Red Velvet sandwich cookie with cream cheese filling from Packer Orchards and Bakery in Hood River. You’d think I had brought home a winning lottery ticket by how excited my kids were to share it later in the day (I love cheap dates, don’t you?).  Did you know? Cream cheese frosting is one of my best friends. 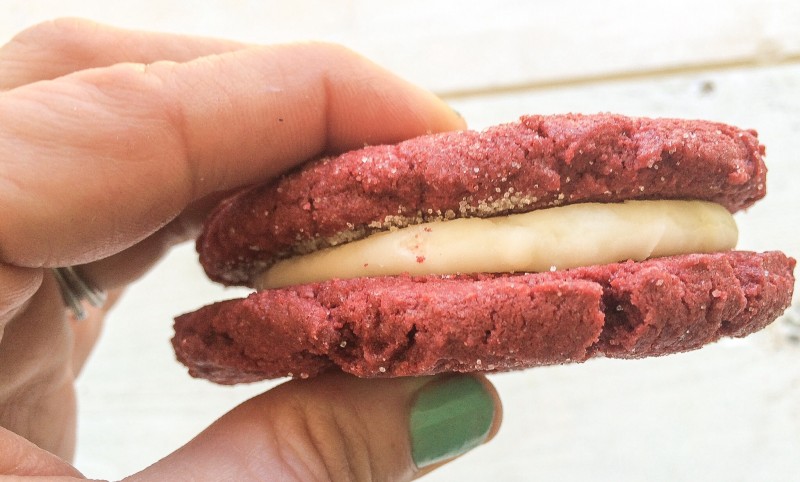 And then I got to see my beloved Tastebud Farms. For those unfamiliar, they park their oven at the Saturday PSU market (and Hillsdale on Sunday), and they specialize in Montreal-style bagels (both straight up and made into intriguing sandwiches) and squares of excellent wood-fired pizzas. It’s all so delicious. 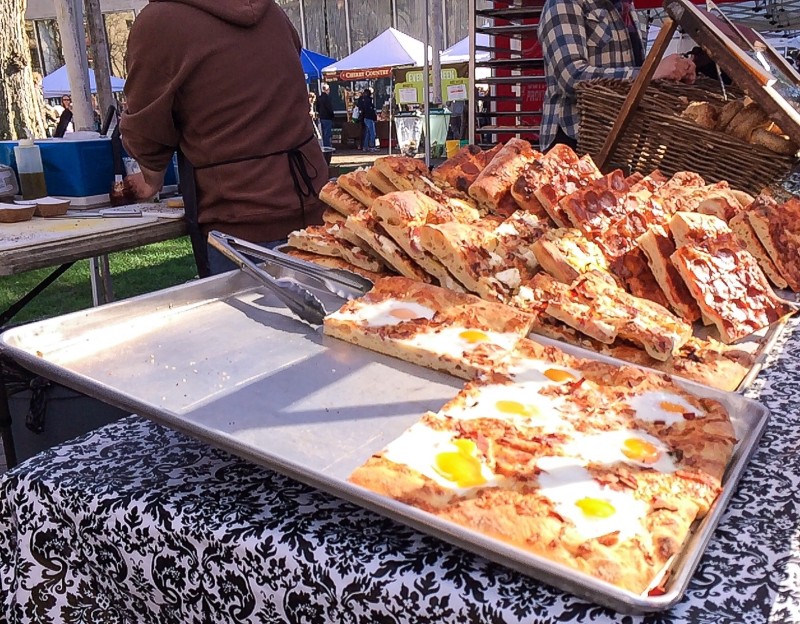 I cannot even begin to tell you how spectacular these egg-topped pizza slices looked. Next time I will get a couple pieces to go, but for this day, I had other plans.

This was what the salt bagel with berry jam, arugula and bacon looked like when I was able to get it home. It was a miracle I made it home without tearing off its bacon coat and ravaging it whole in the car. 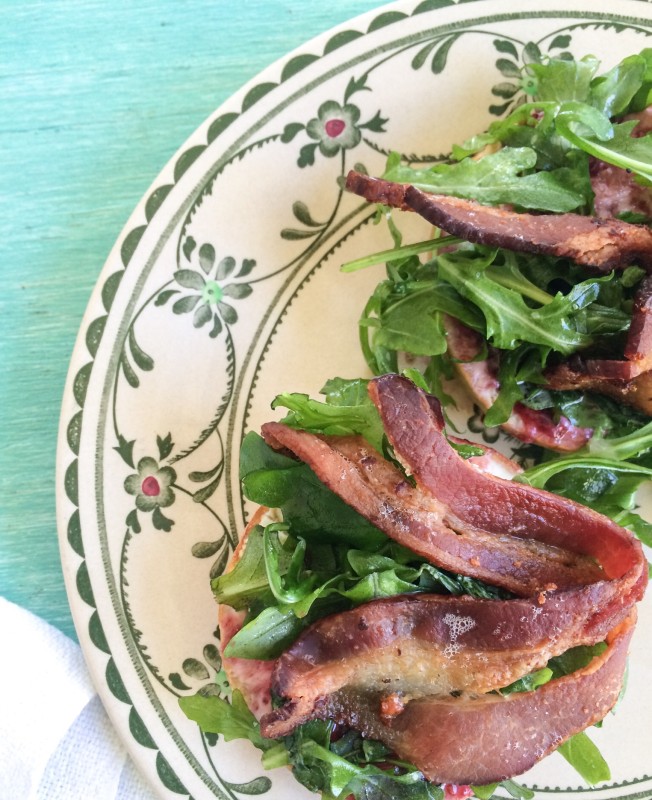 Many might not consider it a sandwich per se, but it had bread, it had a variety of fillings, ergo, it works as an open-faced sandwich. And whatever you want to call it — sandwich, concoction, breakfast item, downfall — it was amazing; the berry jam played off against the chewy smoky bacon, the cream cheese added a luxurious mouth feel and the arugula offered a bright peppery freshness to the mix.

Trust me — this might be the best $6 you can spend here. Or anywhere, for that matter. 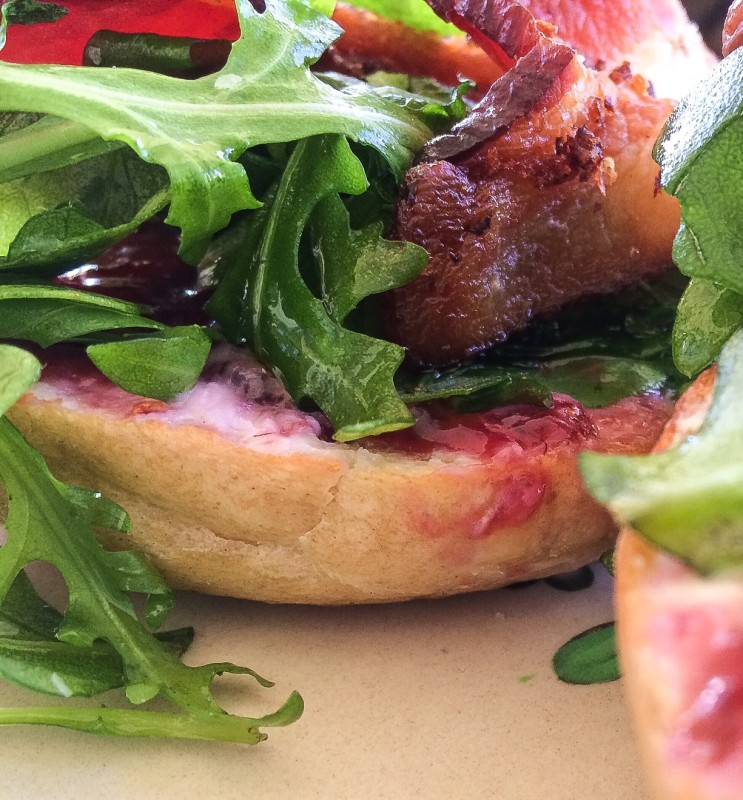 It’s okay to admit it. You are a little jealous. You should be. If it makes you feel any better, according to a sign at the market, Tastebud is opening up a new brick and mortar restaurant somewhere in Multnomah Village in early 2015. I loved their-long shuttered restaurant near the Aladdin Theater, so this was further good news.

Saturday mornings spent in one of the most beautiful farmer’s market in the country. Now year-round, just waiting for me. Gosh, can it get any better?

Yes. Parking never appears to be a problem. SAY WHAT?

I wish Saturday had been my own Groundhog Day movie — I could have relived walking through the market and eating that bacon and berry jam bagel ad infinitum.