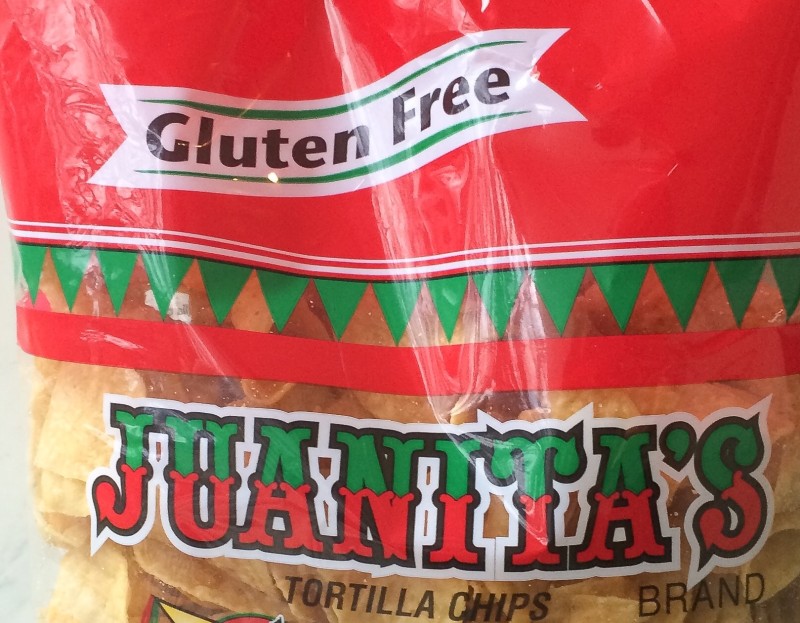 Know that feeling when you sit down for Mexican food – be it a taco from a hole-in-the-wall, a bowl from Porque No? or a burrito from Chipotle and you take that first bite of the chip… don’t you feel just a frisson of excitement in the moment as you lead it to your craw? Will it be wonderful? All crunch, minimum grease, pure corn? Will it be a starring player or an afterthought best relegated to the prop closet? I find there are few certainties in life and even fewer in the tortilla world, and even a place I have come to count on for killing it one day with the chips drops the ball the next time. Alas.

And then here’s the thing about a store-bought tortilla chips – if fresh, they run from decent to slightly above average, corny-ness arm-wrestling grease in a war to see which flavor wins. Salt anoints the result. Seemingly, most tortilla chips are purchased to be a Sherpa for their traditional journeymen – the brawny guacamole and the oft-sloppy salsas. With such weighty and strongly seasoned toppings to transport, their approval ratings are too often based on how well they fulfilled their role. How else to explain the big boys of the snack world morphing the tortilla chip into uniform strips, huggable boats, diminutive cups, and saucer like rounds? With such deep pockets, I am sure the multi-national snack scions have done sufficient research that has ultimately told them – AMERICANS WANT THE BEST DIP  DELIVERY SYSTEM OUT THERE.

Enter Juanita’s Chips. Made in Hood River (a cartoon-length drive away for out-of-state readers), these humble chips have cracked the code of crunch, and each bite is a revelation. Ingredients: “STONEGROUND CORN MASA FLOUR, TRACE OF LIME, VEGETABLE OIL (CANOLA OIL OR SOYBEAN OIL), SALT AND WATER.”  Dare I say “and pixie dust”? 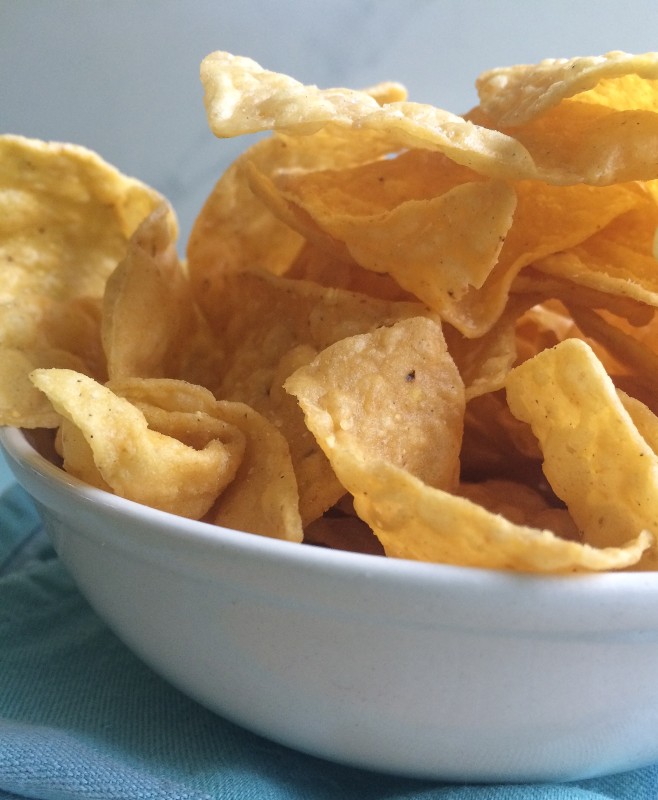 Open a  bag and you will see what I mean. Breathe in deeply. Let the waft of corn aromas envelope you, look at the glistening beads of salt. Pick one up – they aren’t perfectly formed, all the better, and look at the little blisters on the chip which tells you somebody’s frying smart – and quickly (just a guess from my own experience). Prepare for the snap of the chip – don’t be surprised if parts and shatter upon first bite. Ride the mellow corn ride as you chew and savor the last snap of saline goodness and that tiniest bit of lime, barely discernable but sufficient to cut through the richness of the chip and leave you wanting more and more and more. Screw the guacamole – I could eat half a jumbo bag without stopping. And here’s the thing – tightly closed, this bag (if it survives initial plundering), continues to hold its charms for days on end.

Juanita, how do you do it? Have you made a pact with the devil to deliver such a binge-inducing product? Don’t you know once opened I am powerless to resist you? Do you know that I had to lie to my kids the other day because they caught me sneaking a handful at 7 a.m. and asked incredulously what I was doing—and all I could do was offer a pathetic “I’m testing them for freshness for your lunch snack reply”. Really, 8 chips are necessary for freshness test?

Oh, Juanita, whatever you do. Keep ‘em rolling – I can always buy bigger jeans.