You are here: Home / Eat Portland / THE BIG EGG 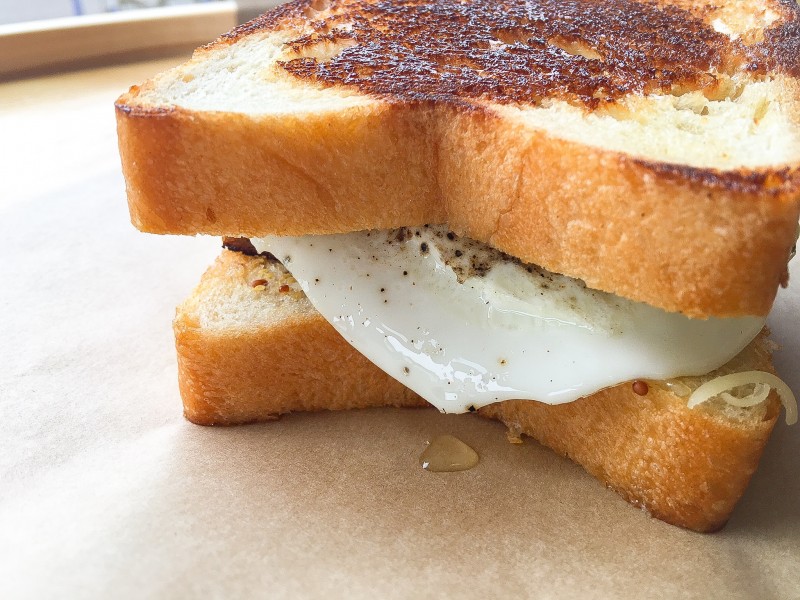 Do you know those moments that feel like they are straight out of Candid Camera?

Okay, I know I’m dating myself with that reference, but so be it.

I watched this show during the 70’s (TV’s Golden Age) when Allen Funt was the prankster behind the hidden camera hi-jinks. Every week there’d be some kind of set up in which a stranger is fooled by some goings on, and because everything back then was kindler and gentler, the prank was never cruel. Or crass. And nothing so extreme that anyone would consider litigation or going into hiding afterwards. Or end up in intensive care.

I was thinking about that show this week when my girlfriend Gillian and I headed over to The Big Egg on Alberta Street. 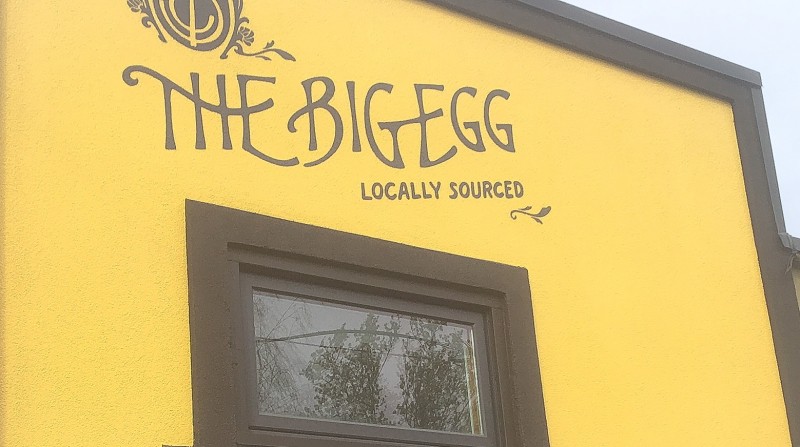 For those not familiar, The Big Egg moved from a food cart on Mississippi to the spot once occupied by The Sugar Cube.

I’d eaten the egg sandwiches from their food cart a number of times but not as often as I would have liked; many a time I’d hit it and it would be closed, or they’d run out of ingredients. But because it was a food cart, it was forgivable. Them’s the breaks.

But when I was lucky enough to land one of their sandwiches,  they’d always make me happy. Crazily so.

So when I heard that they opened up on Alberta not far from my house, I was pumped.

We walked in on an early Saturday morning, took a look at the menu and were intrigued. 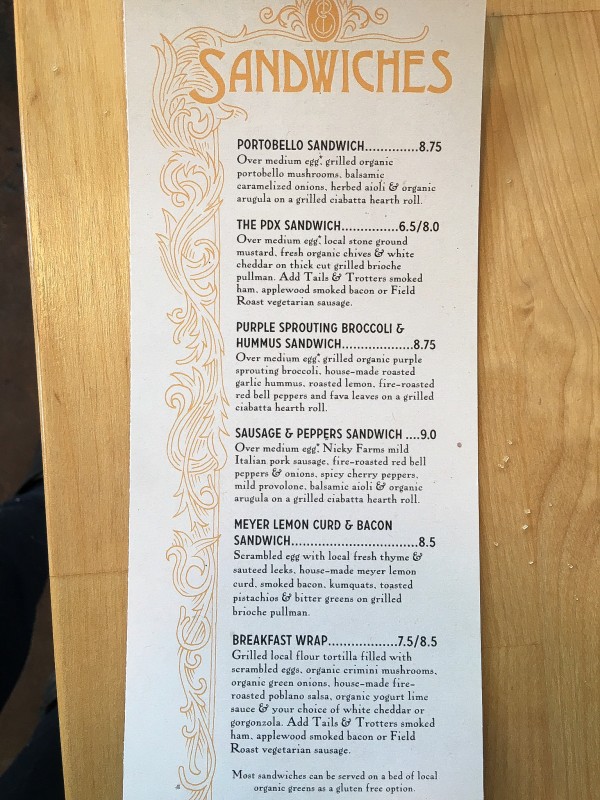 The sweet-faced gal at the front told us it could be a half hour or more, but I thought that was an overstatement or a miscalculation.

After all, there were only about eight people in the tiny restaurant and since half looked to already have their food, I thought, surely not.

We took a walk and then rushed back, thinking they’d be ready.

We then waited another five minutes. Then ten. Then fifteen.

Now don’t get me wrong — if it was packed, or there were tons of takeout flooding the counter, I’d get it, but the place now only had maybe six people in it. 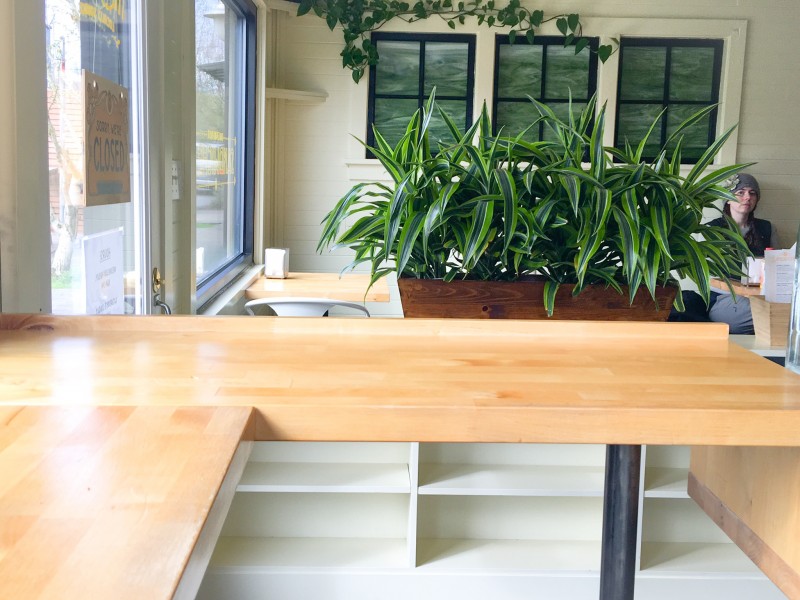 Huh? When they were operating out of a truck, I never waited more than twenty minutes, and they had a real kitchen now. And there weren’t even particularly busy.

So that was when I started thinking about Candid Camera.

Was someone pranking us?

Was the cast of Portlandia going to pop up with sandwiches in hand and tease us for our meekness and waiting without question? And then slap us on the back for being such a good sport?

Seriously. What on earth was taking so long?

They had two people in the kitchen but they must have been working in slo-mo. Or were they feeling the effects of special brownies they’d been given?

Finally, over forty minutes after ordering our sandwiches, our number was called. 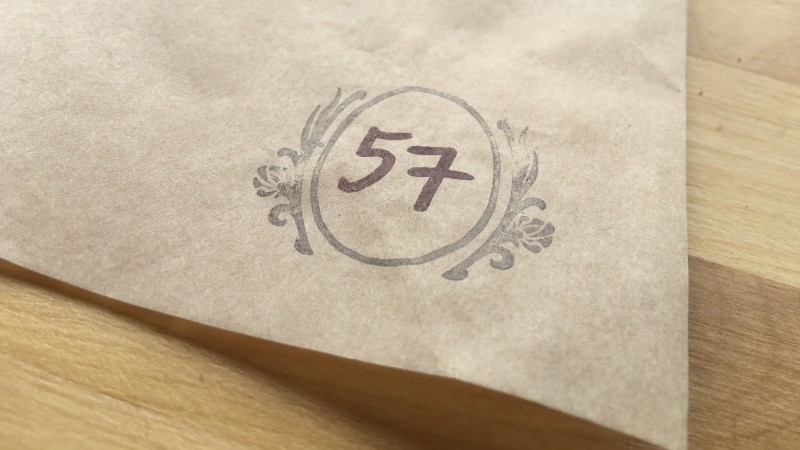 This now marks the end of my petulant, First-World-problem whining.

Because The Big Egg shut that complaining down with the delivery of these. 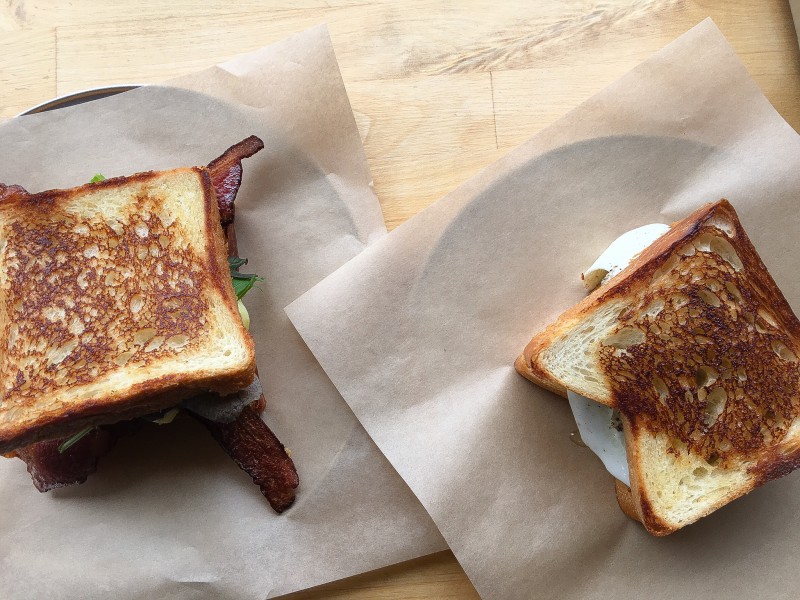 Gillian had the PDX Sandwich. 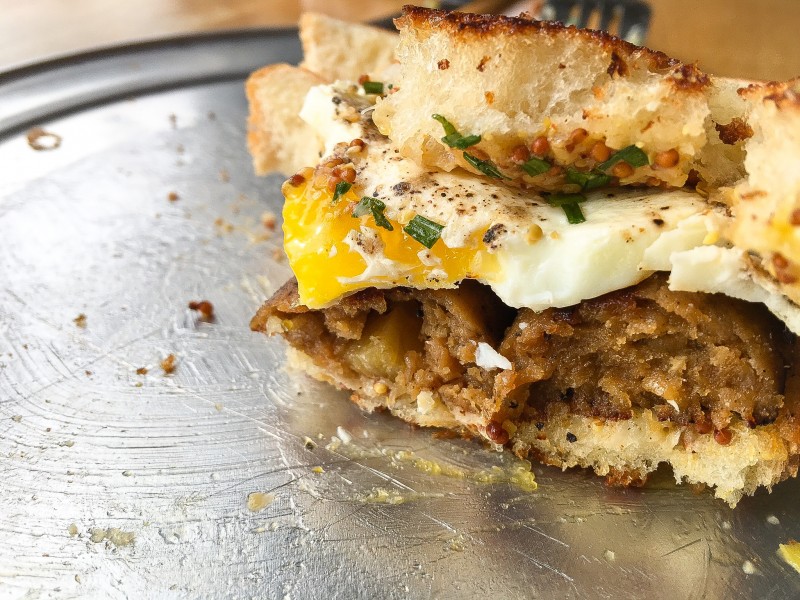 Everything about it was perfect.

The sausages, lovely little egg, the chives, the mustard, the cheddar, the grilled bread.

And then there was my sandwich.

It may not look like much from the outside, and I’d even ordered it almost as if on a dare.

So here’s the thing.

If you dare to put lemon curd, bacon and kumquats on an egg sandwich, you either have to be bat-ship crazy or talented as hell.

Turns out, that would be the latter. 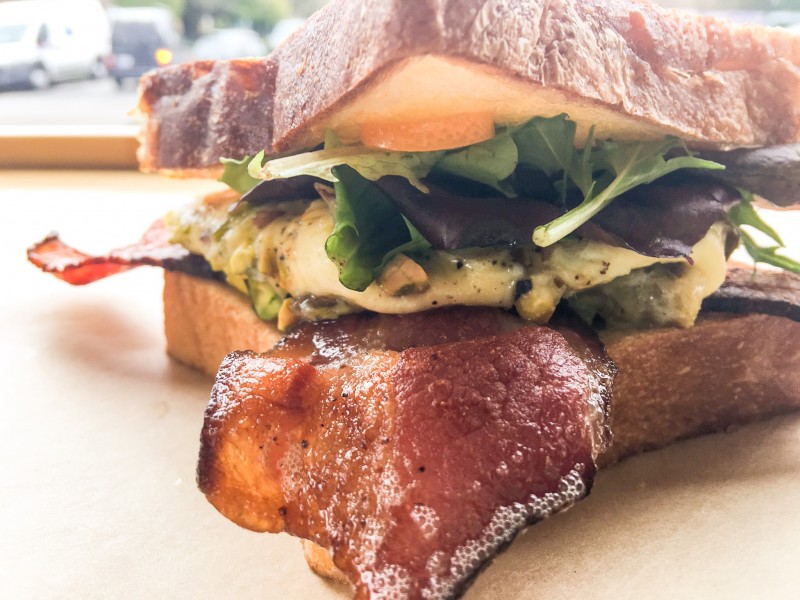 Crazy as it may sound, it was a mind-blower.

The kumquats and lemon curd balanced the smoky punch of Pinterest-worthy bacon, and then the scrambled egg with thyme and leeks offered an intriguing second act to follow.

Did I mention that there were pistachios and sauteed leeks?

And is that endive peeking out? 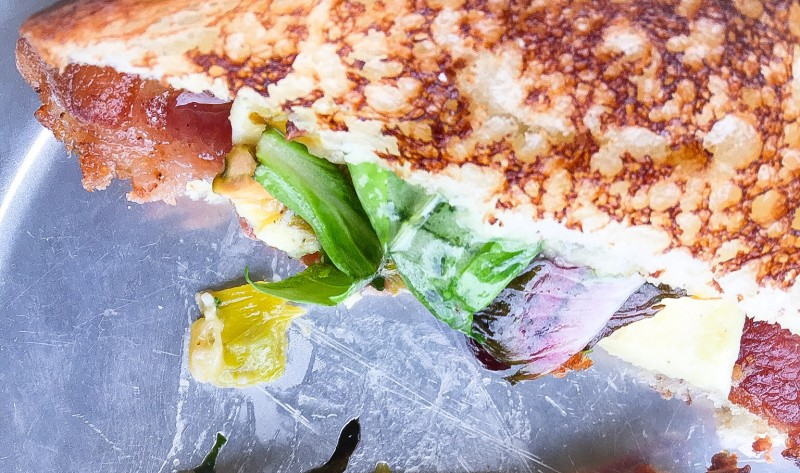 You’d think with so many ingredients it’d be overkill, but it was genius.

Okay, Big Egg. I’m beginning to get you.

Maybe you took so long because perfection takes time. And the wait was like a test. You know the kind — if it was a movie you’d have watched the heroine go through every kind of test only to be rewarded at the very end (cue big sigh of relief as everything is wrapped up handsomely).

And I see what you’re doing with these seemingly inexplicable waits. You only care to reward those with patience.

Why should just anyone get a pistachio and kumquat egg sandwich kissed with bacon and homemade Meyer lemon curd? 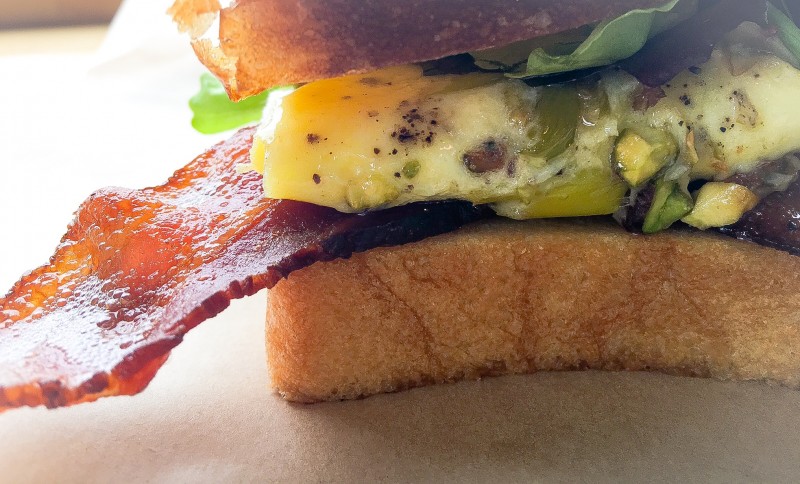 And something tells me I’d wait that long again for the Purple Sprouting Broccoli and Hummus Sandwich. With the tease of the addition of roasted lemons, fire-roasted red bell peppers and fava beans, who wouldn’t?