You are here: Home / Chicken / A CHICKEN IN EVERY POT: PASTIS, FENNEL AND POTATOES 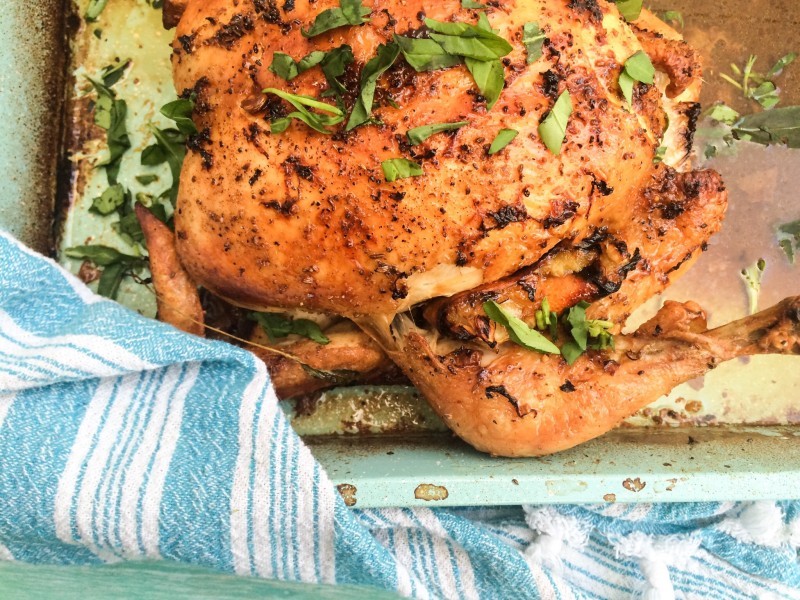 “If God keeps me, I will make sure that there is no sharecropper in my kingdom who does not have the means to have a chicken in the pot every Sunday.”

About twenty years ago I developed a habit that lives with me to this day. I had just finished cooking school and I lived alone in a tiny apartment in San Francisco with a kitchen the size of an Ipad. I loved to cook, and I started to make a dish each week that never failed to disappoint. It didn’t matter then if it was just for me, a gaggle of work friends, or a home-cooked dinner for some guy I was dating at the time. It was my weekly ritual, and I stuck to it.

Two decades later, in a household of five, the habit continues. I’m a better cook now than I was then, but the particulars of my habit haven’t changed much. And no matter where I am, as long as I have access to a kitchen, I keep it up.

As habits go, it could be a lot worse. You see, every week, I must cook a whole chicken. I’m not talking about all the other times I delve into the thigh or breast arena; this whole chicken thing is both separate and sacred. One roasted chicken every week. It’s almost as if in a changing world, it’s the one thing that’s constant, and it never fails to leave me feeling pampered, nourished, tended to; my chicken, my rock.

And let’s be honest; what could be more luscious than the smell and sight of a perfectly caramelized and roasted bird, glistening with pan juices and ready for carving?

Cooking a whole bird has many advantages. First, it’s the perfect size for company (I cook between 1-3 whole birds depending on the size of the group, estimating each one will feed about 4 people).

Second, it offers the built-in variance of both white and dark meat, and it always seems to work out that everyone has enough of their preference.

Lastly, and most importantly, cooking a whole chicken means more than one night of goodness. It means at least two — and sometimes three — days of assorted delicacies are just there for plucking.

Day One – roasted bird. Day Two – sandwiches, burritos, enchiladas, or salads with cooked meat (to name just a few). Day Three — soup with lush, velvety homemade chicken stock (and meat if miraculously there is any left over).

How you season your bird is important; it not only helps to optimize flavor but it also helps to set the tone for the accompaniments you might want to serve alongside. This week I felt drawn to my favorite licorice/anise flavors, and so I decided to make a marinade that would be a full-blown homage to these. 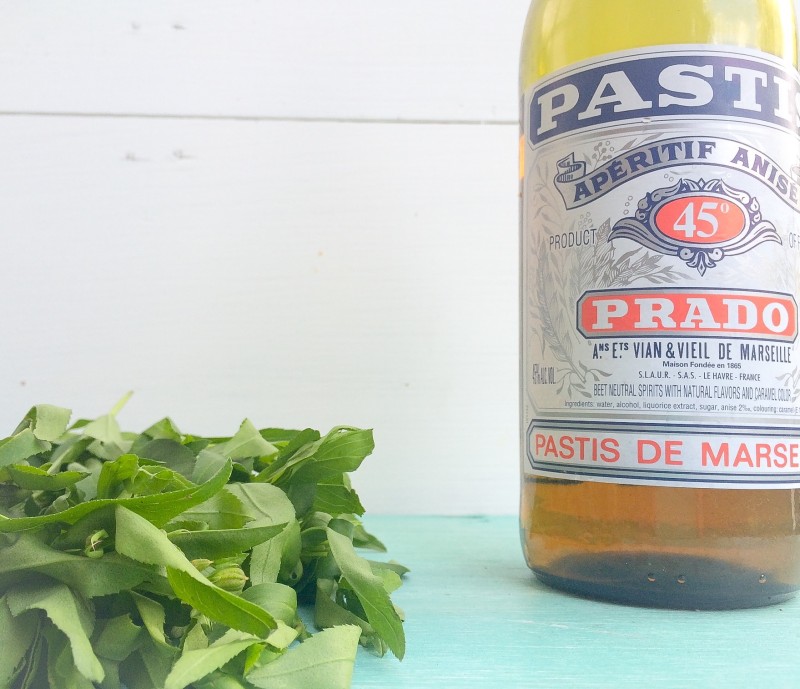 It started with cracking open a new bottle of Pastis 45 (Pernod and Ricard’s near identical triplet sister) and an exuberant bunch of lush tarragon from Cash and Carry. Just look at how sprightly those leaves are — are they not begging for attention?

I bought a chicken and prepared a marinade with Pastis, a little lemon and olive oil, and slid garlic slivers under the skin. I gave it a good lashing of salt and pepper and covered the bird in copious amounts of Meyer lemon zest and cracked anise seeds.

I swear my fridge smiled at me when I first introduced the dish to the spot on the shelf.

I then let it sit there for 2 days until I was ready to roast it, flipping it over after the first day so it rested breast-side down in the marinade. Don’t get me wrong — this dish doesn’t have to marinate that long, but a protracted soak in flavorful liquids can’t hurt a girl. 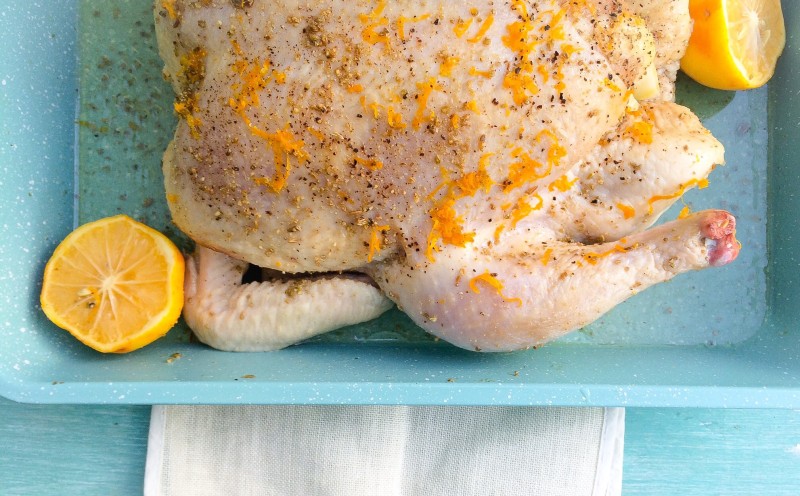 Two hours before dinner I pulled the meat from the fridge and let it sit on the counter for a half hour or so while the oven preheated to a toasty 450 degrees — I am a big proponent of a hot oven and not-too cold poultry. When the oven was ready, another splash of wine in the pan and off it went to roasty time.

I sliced up some Yukon Gold potatoes, fennel bulbs and green onions, and added a little chicken stock, olive oil and salt and pepper. I got distracted with a phone call so this pan didn’t go in to the oven until a half hour after the chicken got started, but happily the timing worked out perfectly. 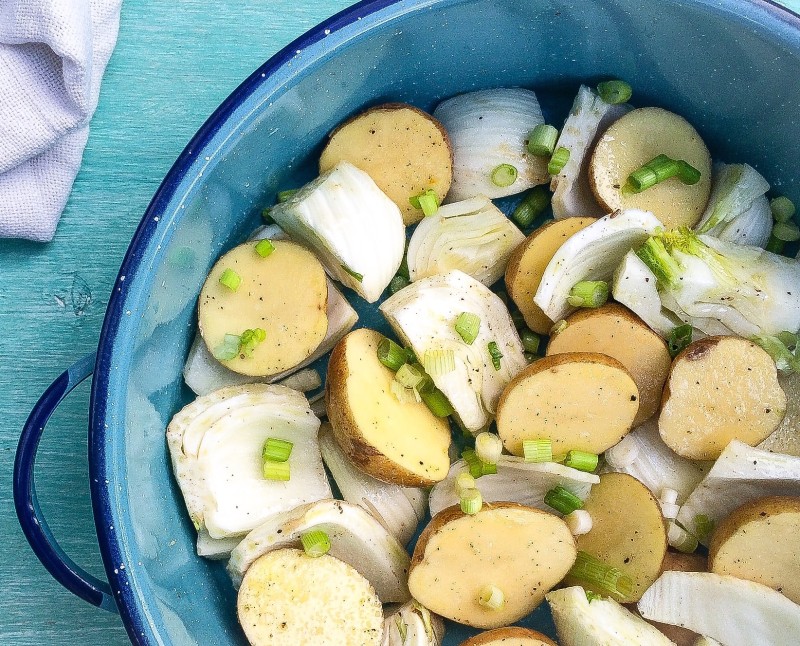 And oh, how glorious my kitchen smelled as the meat roasted, the fennel caramelized, the potatoes crisped and the lemon zest worked its citrusy magic. I could have sold tickets to just smell the aromas emanating from my oven.

The chicken was done in a little over an hour, and I let it sit on the counter for about 20 minutes while the potatoes finished cooking. When all was done, I combined the two roasting pans and brought it to the table. 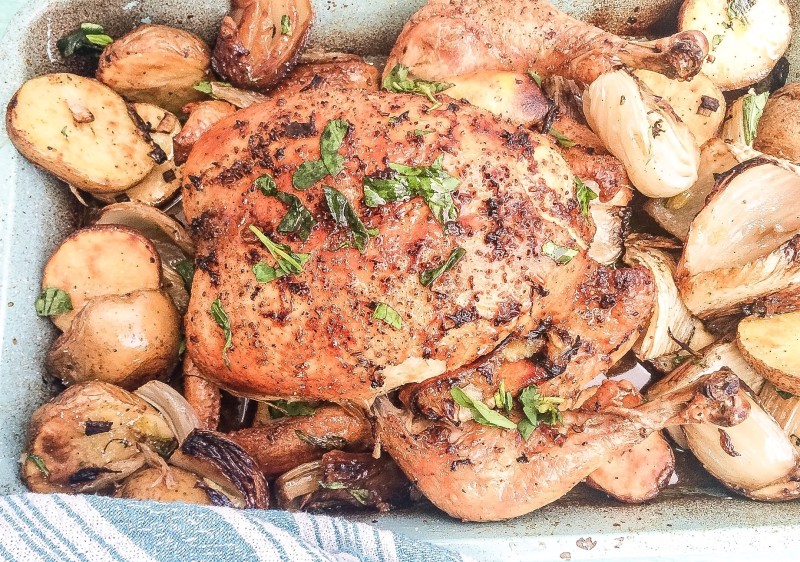 If this chicken was a man I would have considered polygamy.

Could it get better?

Possibly, because not only was I able to devour this on the first day, but on Day 2 I turned it into soup. This one little bird (stripped of the dark meat but with much of the white meat remaining) became the basis for soup for a dozen people the next day.

I shredded and set aside all the leftover meat, tossed the skin, and then simmered the carcass with two pounds of white beans I had let soak overnight. Occasionally I’d take a moment out of my busy morning reading a stack of old cooking magazines to skim off the fat or give it a stir.

After an hour or so, I strained the pot, reserving everything but the carcass and whatever random bones were lodged in the now-cooked beans. I then added the shredded leftover chicken, roasted potatoes and fennel from the night before back to the pot of white beans and let the whole thing simmer for another 20 minutes or so.

I seasoned the chunky mixture with salt and pepper, added lemon, a little Sriracha, and more minced garlic. I found a little radicchio and basil in the fridge left over from a salad so I gave that a quick chiffonade and we were ready for business. 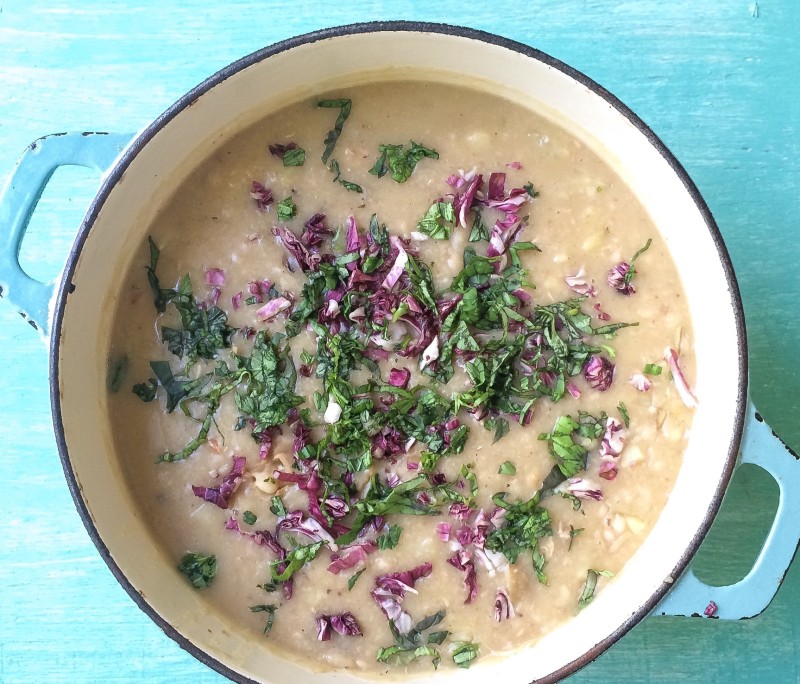 It was garlicky, creamy, herby and rib-sticking from all the collapsed white beans and it had the most sublimely chickeny flavor. Knowing that there was a school rummage sale going on over the weekend, I packaged almost all of the soup up in Solo cups. Over a dozen school employees and volunteers were able to enjoy soup thanks to my one little four pound chicken. 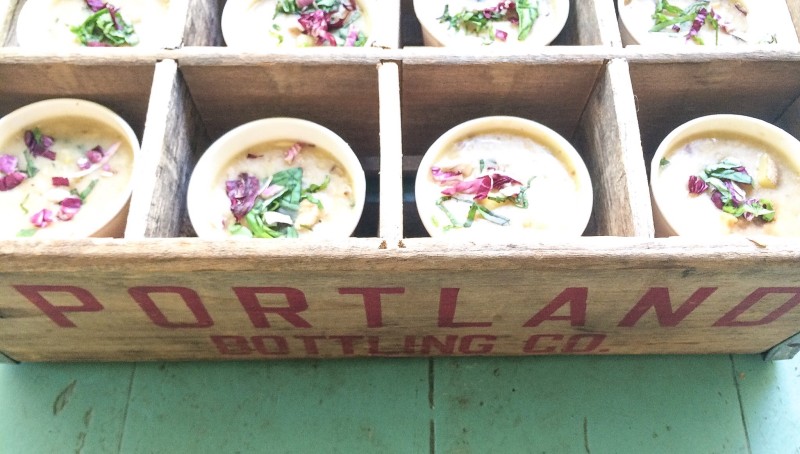 And then there was still enough for a heckuva homecoming for one tired mom.

One chicken, countless ways to enjoy. 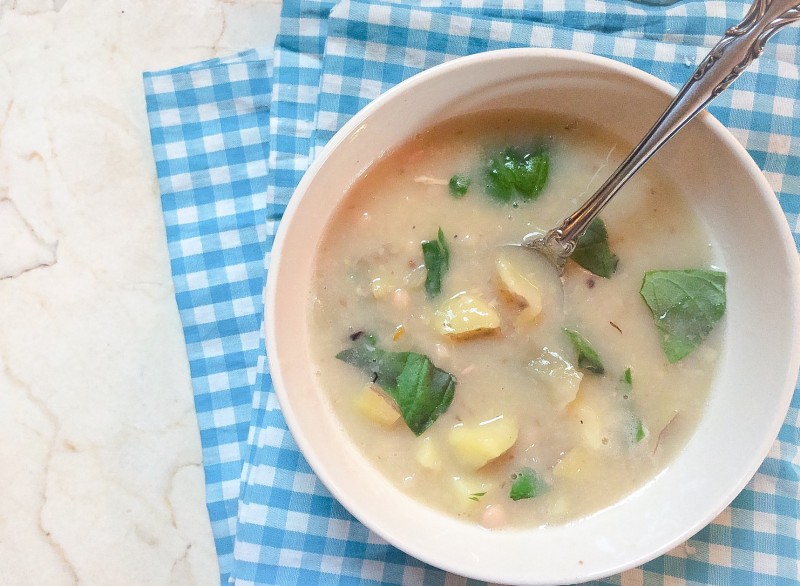