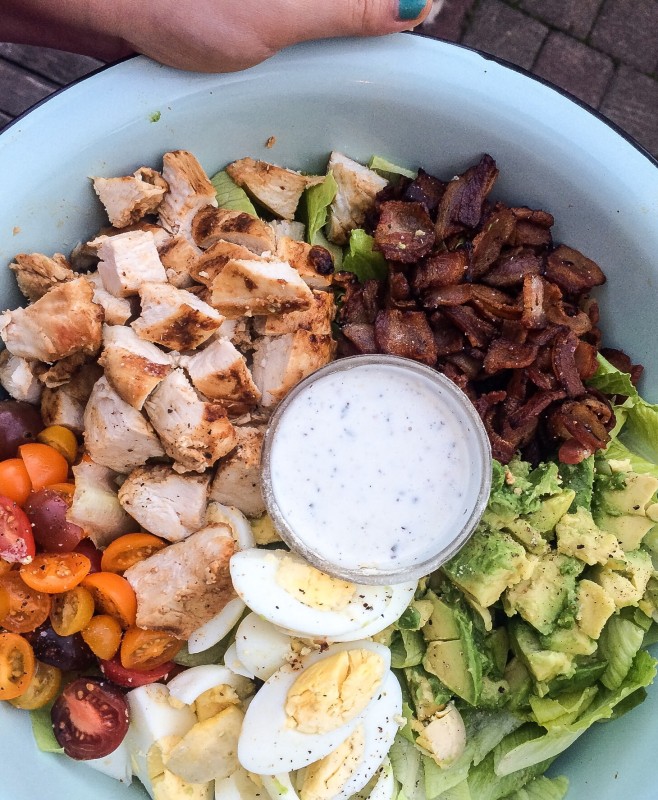 The first time I had a Cobb Salad was in San Francisco about thirty years ago and I remember my first thought upon seeing it on a menu.

“Hold up. You mean I can have chicken, egg, avocado, blue cheese and bacon in one salad? Could this be true? And is that even legal?“

Of course I loved it.

Here’s what I have since learned, though. It may have begun in a restaurant (a 1930’s creation, it was named after Robert H.  Cobb, owner of the Brown Derby in Los Angeles, and it quickly became their signature dish), but today it’s disappeared from many menus and when you do find one, it’s rarely a satisfying one-– it’s either too skimpy or too pallid for my likes.

I get it; if the restaurant fills it to the hilt with fantastic ingredients, it’s either going to turn into a loss leader for them or it’ll be priced so high that most people won’t order it. Consequently, most restaurant Cobbs are somewhat pricey considering that there’s but a dust cropping of the good stuff.

But at home, you can make it as lux or chock-full as you like and it’s still pretty reasonable — plus it’s a great way to use up leftover ingredients.

I found chicken breasts on sale and marinated them. I sauteed them Saturday night with garlic, shallots, lemon, white wine and olive oil and served them with fragrant rice.

Afterwards, I still had lots left over for last night’s Cobb salad. 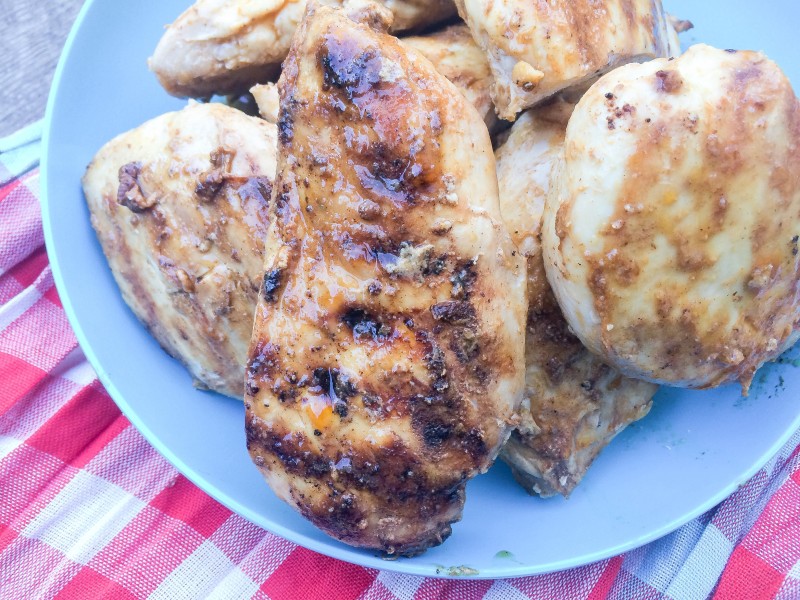 I cut up all the chicken into big meaty chunks and then refreshed them with a little more lemon juice and Maldon salt and then set the meat aside. 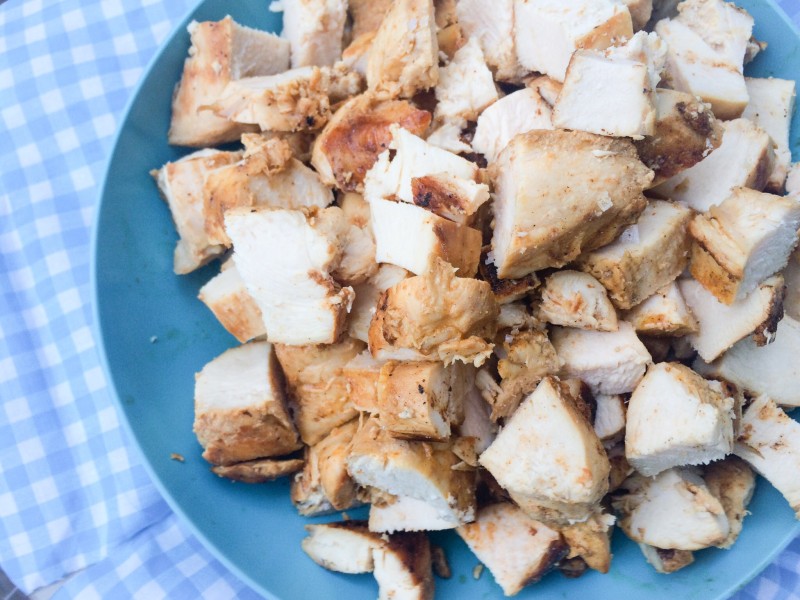 I poached some eggs and after an icy dunk, gave them a peel.

I then grabbed one of the few dressings I ever buy — Trader Joe’s Low Fat Ranch.

I know a red wine vinaigrette is more traditional in this salad, but I love how this Ranch Dressing tames the blue cheese and lightly coats the rest. The dressing is light enough that there’s no fear of cloaking the flavors and it makes every morsel sumptuous and rich-tasting.

This dressing (along with the Cilantro Dressing I use for my Black Bean and Mango Bowl)  is almost always in my fridge for quick vegetable, grain or legume pick-me-ups. 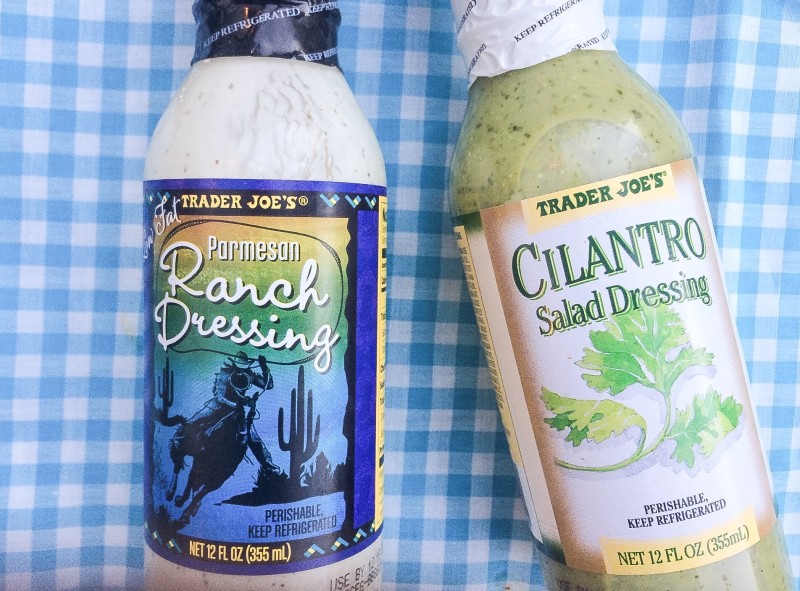 Let’s face it — Cobb salad’s success is largely dependent on both the quality and the quantity of the bacon.

Would any restaurant serve you a salad with so enticing a pile of bacon? 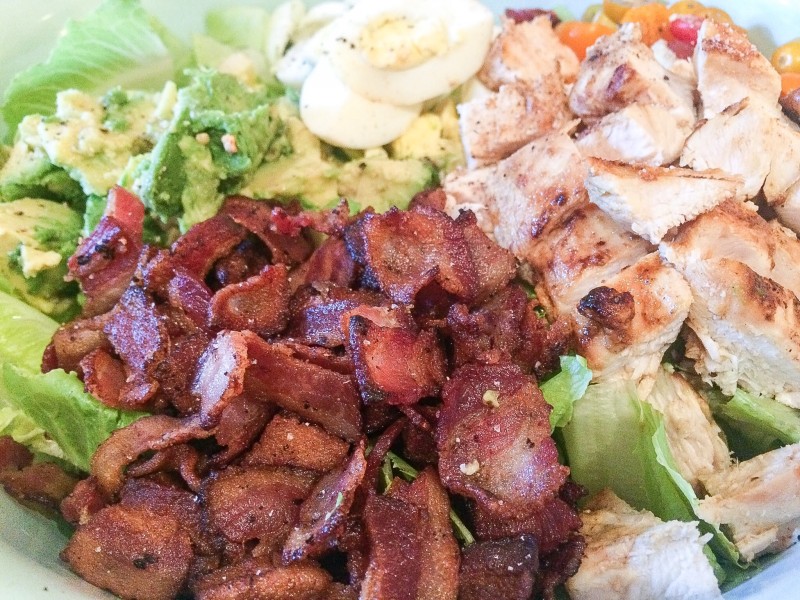 Applewood bacon — this is great stuff from Costco and it’s worth every penny.

And here’s my first tip for Better-Than-Restaurant Cobb Salad.

Don’t cook the bacon in whole slices –if you do, you’ll have to crumble it afterwards and you’ll get variably sized bacon shards or crumbles, and these pieces won’t be big enough to stand up to all the other heavy players in the salad.

You don’t want to have to go on a treasure hunt for bacon in this salad; you should see and taste lovely big bites of bacon. 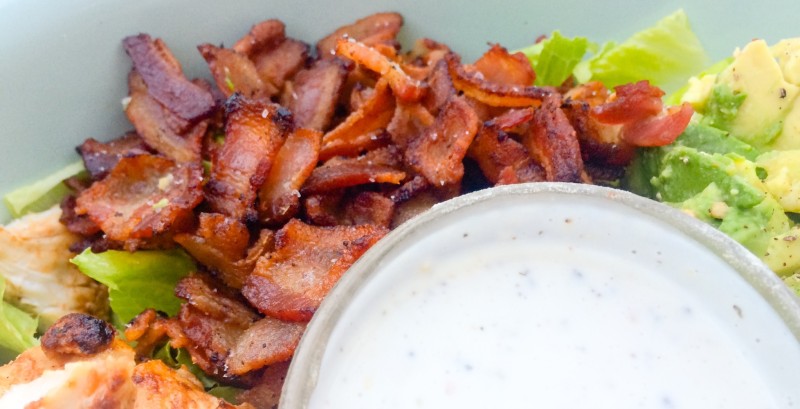 Instead, cut up the bacon slices with kitchen scissors before you cook it.  This not only puts you in the driver seat as to the the size of the final product, but it also ensures that every corner and edge of your bacon is crisped up in the pan.

Okay, now that we’ve covered that, you’re probably wondering: Did I NEED to cook up so much bacon for just the two of us?

Please, let’s not go there.

It felt like the right amount at the time and we ate it all.

Time to move on.

Tomatoes, eggs and chopped romaine were put in the bowl along with the bacon. 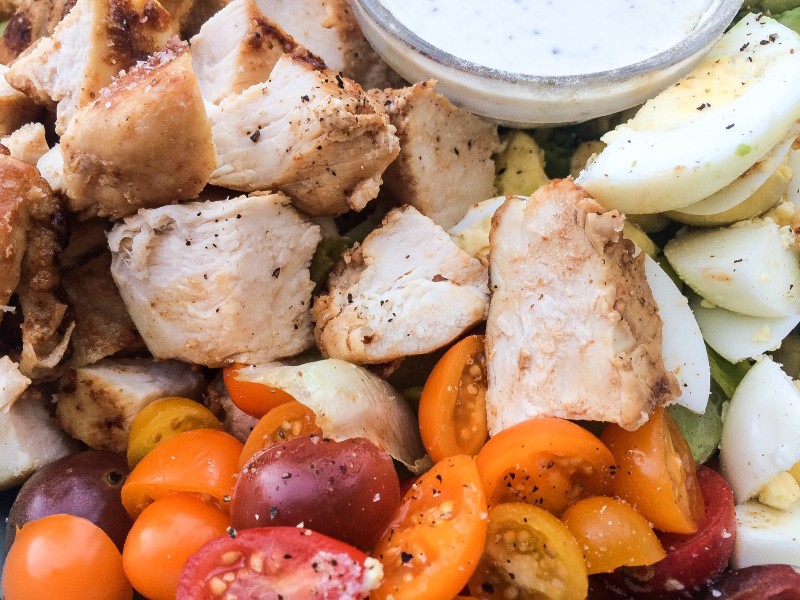 And here’s my second tip for the best Cobb Salad around.

Salt and pepper each separate ingredient as it goes in the bowl.

Without seasoning, your salad will taste flat, uninspired. Just a few pinches of both salt and pepper, however, will breathe life into every bite.

This may seem obvious, but having taught cooking lessons, I was always so shocked when people omitted this step.

Seasoning your ingredients is crucial.

I had a whole ripe avocado so that found a place in the bowl, too.

Right after Charlotte held my bowl I realized that I’d forgotten the blue cheese – yikes! It’s so important and I would’ve kicked myself had I forgotten it.

I collected the cheese, invited Ranch in and dimmed the lights– it was party time. 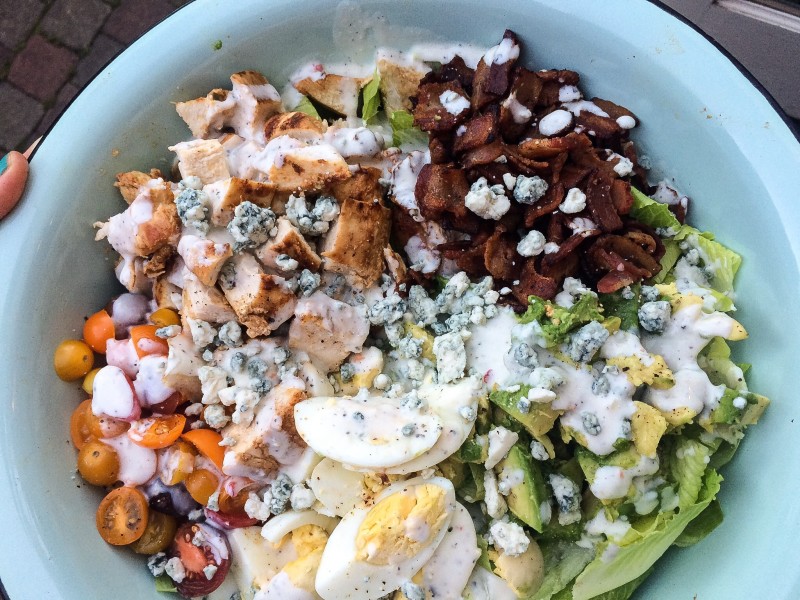 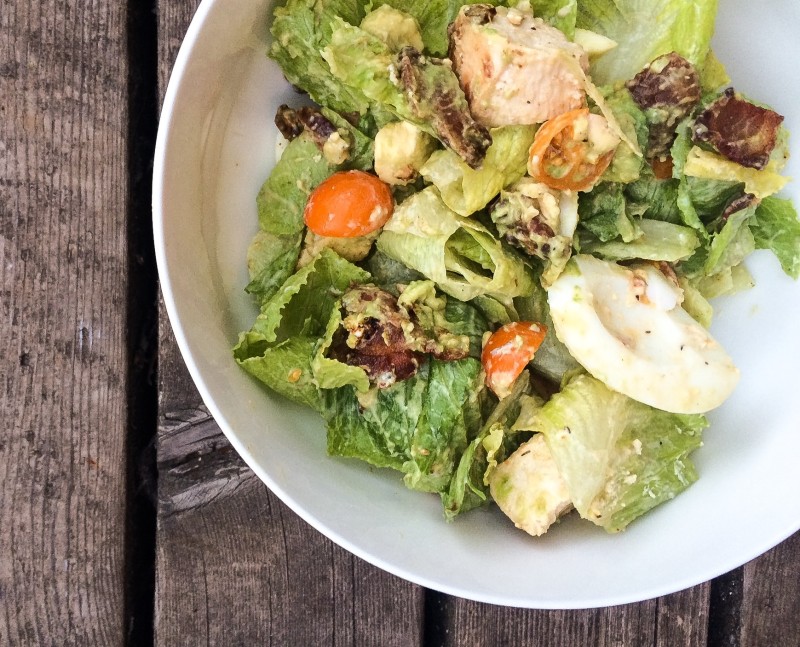 The moist ripe avocado and crumbled egg  yolk adhered to the dressing and added extra richness and creaminess.

Then there was the acidic burst of a tomato.

Off to the smokiness and crunch of perfectly crisped bacon.

And next the chew of chicken. 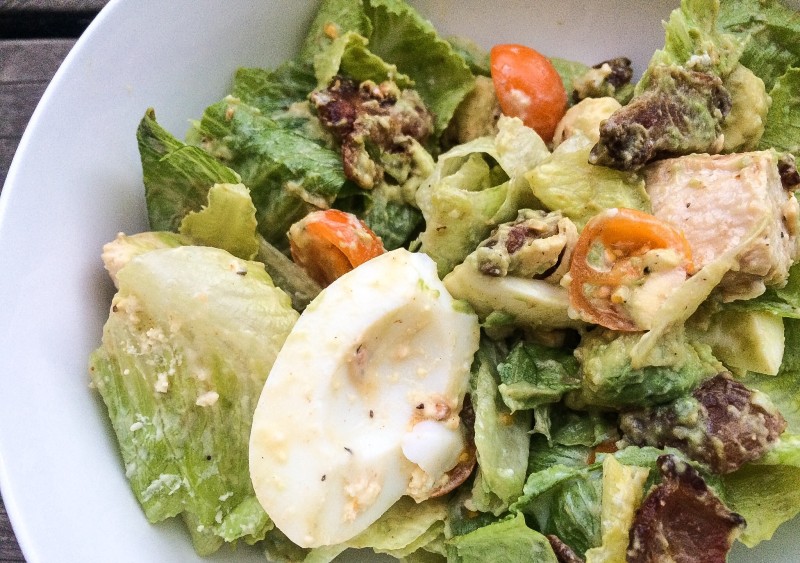 Don’t want meat in your salad? Substitute chickpeas and grilled tofu for the chicken and bacon.

Vegan? Also skip the blue cheese and egg and add in walnuts or pumpkin seeds and a handful of grains like quinoa or wheat berries for more crunch and substance.

Miraculously left with leftovers on any renditions of this salad? It’s a killer wrap sandwich filling.

Of course by now you can hardly call any of these variations a Cobb, but any salad with ripe avocado and juicy tomatoes is worthy of a place at your table.